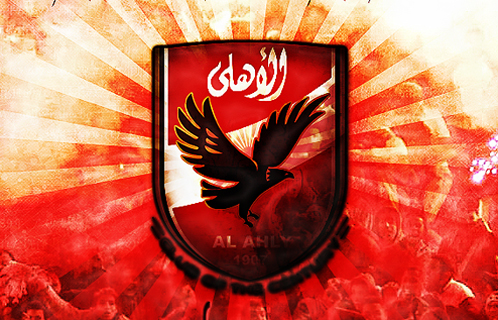 The two clubs’ derby is the world’s most violent.

Zamalek earlier this week effectively expressed public support for the Egyptian government’s efforts to return a sense of normalcy to Egypt despite thousands of protesters camped out in Cairo’s main Tahrir Square for more than two weeks demanding an end to President Hosni Mubarak’s 30-year authoritarian rule.

The EFA suspended all professional league matches and the military enforced a ban on training at the outset of the crisis in a bid to prevent the soccer pitch from becoming a rallying point for the protesters. Various prominent players and coaches, including from Zamalek, have joined the protests.

Zamalek on Thursday added striker Ahmed Hossam ‘Mido’ to its top squad despite his participation in the protests. Mido returned to Egypt last year from playing for Ajax Amsterdam.

Zamalek board member Hassan Ibrahim disclosed earlier this week that Zamalek was maintaining a rigorous training schedule and has privately supported the EFA proposal to restart the league without spectator participation.

“I don’t think Al Ahly would be happy to do such a thing because … Al Ahly is the biggest club in Egypt with the biggest supporters and I don’t see any spirit in the game if it is played without supporters. I don’t think that this is a wise decision,” Khaled Mortagey, one of the club’s directors, said in a BBC interview.

With 50 million supporters in a country of 80 million, Mortagey said the suspension on matches should be lifted once security in Egypt had been re-established. Mortagey estimated that was at least three weeks away.

The EFA proposal to restart league matches behind closed doors follows a warning from FIFA, the world soccer body, that the suspension could only be lifted once security for players and fans could be guaranteed.

Clubs elsewhere in Egypt have said they oppose an immediate lifting of the suspension because their players needed to rest once the protests across the country subside.

The suspension has nonetheless sparked fears that it will effect domestic competition as well as the African Cup of Nations. Algeria, which has also suspended league matches because of anti-government protests, and Egypt backed by Tunisia where demonstrations last month toppled President Zine Abedine Ben Ali, are expected to urge the Confederation of African Football (CAF) to postpone until August matches scheduled for March.

The political stalemate between the protesters and the embattled Egyptian leader has erased any middle ground in Egypt. As a result, soccer club attitudes towards a lifting of the suspension of matches and the ban on training effectively amount to political statements.

The feud between Al Ahly and Al Zamalek amounts to warfare.
Their vicious derbies on and off the pitch have caused death, destruction and in at least one case in the early 70s, the entire league to be cancelled. At stake is far more than pride; theirs is a struggle about nationalism, class and escapism.

So deep-seated is their rivalry that the government insists that matches be played on neutral ground with foreign referees flown in to manage the game. Hundreds of black-clad riot police, soldiers and plain clothes security personnel, worried about what the teams’ ultras, particularly those of Al Ahly, may have in store, surround the stadium on game day. Routes to and from stadiums are strictly managed so that opposing fans don’t come into contact with one another before or after the match.

The roots of their rivalry pre-date the revolution to when Britain ruled Egypt and soccer was regarded as the colonial power’s only popular cultural import. Founded more than a hundred years ago as an Egyptians only meeting place for opponents of Britain’s colonial rule, Al Ahly, which means The National, was a nationalistic rallying ground for average Egyptians. Its players still wear the red colours of the pre-colonial Egyptian flag.

Dressed in white, Zamalek, which originally was named Al Mohtalet or The Mix and then Farouk in honour of the than hated Egyptian monarch, was the club of the British colonial administrators and military brass as well as the Cairo upper class.