Zeinab and Iyad: Love Across the Syrian Divide 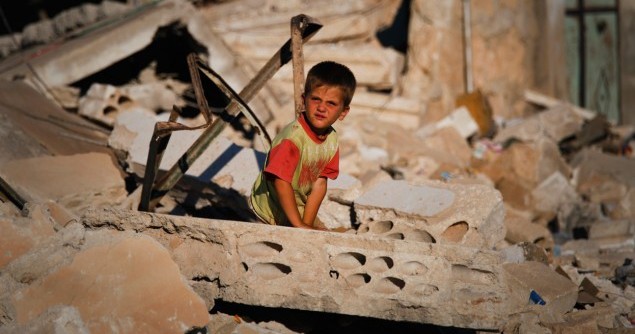 Her name is Zeinab.

His name is Iyad.

They met, fell in love and got married.

A simple, everyday love story you would think.

Not quite so simple when you are in today’s Syria.

Their love story blossomed in the middle of the killing, fighting, raping, detention, torture, displacement, sickness and exile raging throughout Syria since March 2011.

They are both from the western Governorate of Latakia.

Zeinab is from the city proper, held by forces loyal to President Bashar al-Assad.

Iyad is from rebel-held Reef Latakia as the surrounding agricultural towns and villages are known in Arabic. Regime forces are continually attacking the Reef.

Latakia is Syria’s fifth largest city after Damascus, Aleppo, Homs and Hama. It borders Tartus to the south, Hama to the east and Idlib, Turkey to the north. It is the capital of the Alawite population and is a major cultural center for the religion.

They met and fell in love and were already planning to get married before the outbreak of the revolution in March 2011. As events got worse, they were separated for a year during which Iyad was arrested, accused of supporting the revolution and detained for two months.

Zeinab decided to leave her family to be with Iyad.

She says in the video below she fled to Turkey and Iyad crossed over to get her. They got married two months ago and now live as husband and wife with Iyad’s family in the Reef.

Their surnames and exact location are withheld for their safety, although they appear in the Aljazeera video.

“At the end of the day, we are one people, we both belong to the same religion,” Zeinab says.

Iyad adds: “We [Syrians] are not a sectarian people.”

The villagers are happy to have Zeinab and have warmed up to her. She is a university graduate holding a degree in psychology and is now teaching mostly displaced pupils at the village school.The couple were talking while sipping tea with Iyad’s mother, who says, while wiping out tears, “Zeinab is my daughter. I love her like my daughter. I hope her family understands this…”

Zeinab and Iyad’s love story is maybe one of many around the country in these difficult and sad times. It gives hope that sectarianism will not prevail after all in Syria.

Good luck to Zeinab and Iyad in their married life. Hopefully, their fairy-tale will inspire love and reconciliation in the new Syria.