Your Prejudices About Saudi Arabia: Time for Overhaul 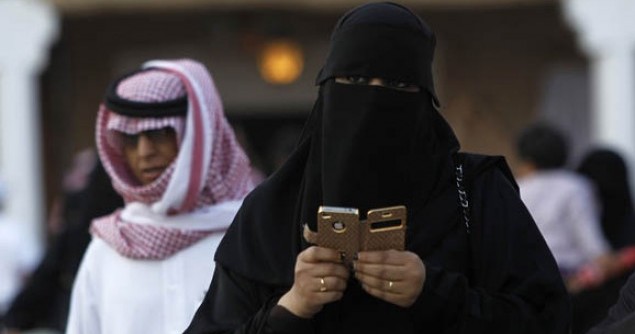 If you have never been to Saudi Arabia and only have a passing interest in the Middle East, you might think of the Kingdom as a monolith of social repression and intolerance, and only pay attention when stories emerge to support that view.

If so, this post is for you. Even if you can’t be bothered to wade through my prose, at the very least follow the links.

I lived in the Kingdom for many years. Today much of my business is there. And yes, there are powerful conservative interests in the country whose influence is putting a brake on social change that would be recognised as meaningful in the West. But the country is no monolith. There are as many different opinions and attitudes as you would find in any other country, even if the authorities make it difficult for many outside the Muslim world to visit and find out for themselves.

If you need evidence of Saudi social diversity, take a listen to this podcast from Jeddah, the city where I spent most of the 80s. It’s the latest in a series of conversations that I’ve dipped into over the past three years.

In the podcast, three young Saudis discuss a variety of subjects, including  journalistic standards, freedom of expression, attitudes towards women, sexuality and other subjects high on the taboo list of the social and religious conservatives. One of the participants, Ahmed Al-Omran, is a well-known blogger. His site, Saudi Jeans, has been active for eight years. Recently, after returning from the US, where he studied for a Masters in journalism and worked for the National Public Radio, Ahmed started Riyadh Bureau, a website full of thought-provoking stories from the Kingdom.

The podcast is in English. The broadcasters are bright, articulate and insightful – serious, yet full of life and humour. They are clearly aware of the red lines not to be crossed, yet they are not afraid to push at the boundaries. Most important of all, any young Westerner listening to their conversation is likely to think “wow – these people are just like me!” And guess what – in all that is important, they are.

You might think that these three people represent a privileged elite, and that the vast majority of Saudis conform to the stereotypical Western view. You’d be wrong. I meet many Saudis in my work, and I can tell you from my experience that the attitudes you will encounter in the podcast are far from unique, and not limited to young people.

What’s more, as thousands of Saudis return each year from studying abroad under the King Abdullah Scholarship Program, voices like these will increasingly be heard. This is not to say that people returning from the US or the UK will be born-again Westerners. Many return with the same mindsets they had when they departed – be they liberal, conservative or any shade between. If you listen carefully to what one of the women was saying about the need to behave in different ways depending on the company they keep – work, family, friends – it will be clear that there are no social ghettos to which “progressive thinkers” can retreat. There is no denying the need to conform to social contexts that may still appear alien outside the Middle East.

The internet culture within the Kingdom is just as important a driver of change as the return of foreign-educated Saudis. In the podcast, Ahmed said that he has over thirty thousand followers on Twitter. At least as many young people get their entertainment on YouTube through their mobile devices as watch TV. There are nearly six million Facebook users – 23% of the population. There are numerous Saudi blogs, both in Arabic and English, of which Ahmed’s site is one of the most popular.

Saudi Arabia is not utopia. Nor is it the authoritarian monolith it is made out to be. It is home to many different schools of thought, and its society is ordered by a complex balance of interests, sometimes competing with each other and within themselves – government, business, religious and tribal structures. Social change is slow, and the country has other pressing issues to contend with, not least an extremely high level of youth unemployment. If you were to ask the average Saudi whether they would be prepared to risk the kind of eruption experienced in other parts of the Arab world for the sake of faster changes to social mores, I suspect that the overwhelming majority would say no.

I’m pretty sure that the pace could accelerate without the risk of a meltdown, as no doubt the three podcasters would like. But it’s not simply a matter of waiting for older, more conservative, generations to pass on. It’s more complex than that. Polarisation of opinion is vertical as well as horizontal.

But I get the impression  – without concrete evidence to back up the assertion – that those pushing for faster social change have a greater mastery of the social media than those resisting it. And in the coming years, the combination of returning scholars and the wide exchange of ideas through the social media might be the catalyst.

Meanwhile, it will serve us all well to celebrate what the people of Saudi Arabia have in common with the rest of the world rather than to focus solely on what sets them apart. If you get the opportunity, go visit and see for yourself. This is a country that matters to us all for many reasons beyond its primary export. And I for one cherish my Saudi friends as much as I do all others.

3 Responses to Your Prejudices About Saudi Arabia: Time for Overhaul