‘If Only’: A Young, Syrian Poet’s Searing Words 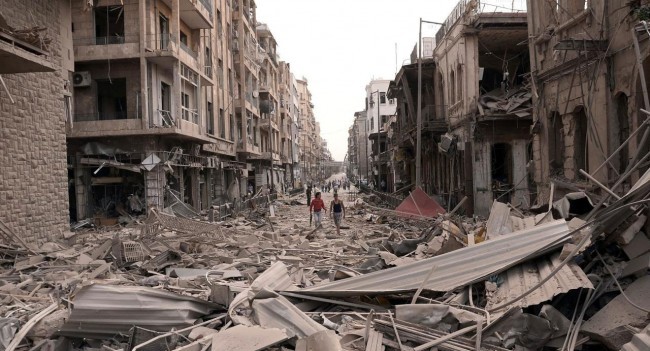 Oh, if I only had a knife
like those that are forgotten on necks,
after massacres.
If I only had the fingers of a murderer
and his unblinking eyes.
If I could only utter the cry of his victim
the moment he gathers in the voices
from all four corners of the earth,
I would sharpen my knife with my teeth,
and the teeth of all those who, like me,
are unable to do anything, except bite their lips with regret,
and slaughter this year,
peering on us,
mockingly.
I would chop its body into tender meat,
so that the starving would eat.

Oh, if only the years were edible,
so that the starving would chew them,
and spit the bitter taste in our faces.
Oh, if only The Lord would see
the protruding bones of children,
and would do something,
anything,
so that we wouldn’t lose faith.
Oh, if only my heart were a god.

Dima Yousf, a Syrian Palestinian born in 1986, graduated from Damascus University with a degree in Arabic literature and a teaching diploma. She teaches Arabic in Damascus schools, and is pursuing a graduate degree “but with a stay of execution.”  A recent post on her Facebook page reads “I have so many stories to tell, if I survive.”