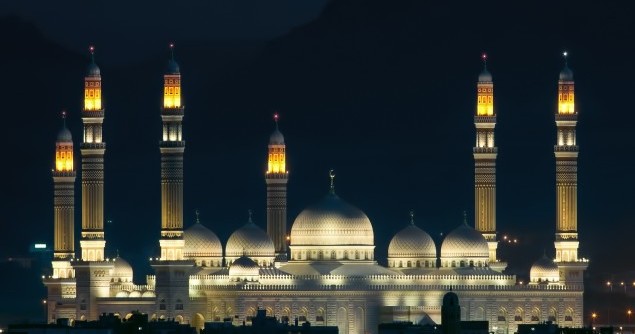 Yemenis have been critical of the performance of imams because of the topics they address in Friday sermons.

They say that the imams do not address the relevant issues from which residents suffer. Moreover, they don’t discuss new topics in their sermons.

Fathi Abu Al-Nassr, a Yemeni journalist, said that many imams don’t touch on the problems of society or new developments among residents. He added that the core of the sermon ought to be the concerns of Yemenis.

Abu Al-Nassr described imams as “parrots who address expired issues.” He pointed out that they are one of the most important reasons behind the ignorance of society.

Although some imams attempt to address different issues, they are discouraged by society members who refuse to discuss such topics.

Khaled Al-Hada’i, an imam who appears in various mosques in Sana’a, told the Yemen Times that many imams don’t shed light on local problems; instead they address religious issues.

He explained that bringing discussion of current affairs to the sermons is a slow process due to the complicated situation in Yemen and lack of awareness among residents.

He clarified that the imams who address new issues may find it difficult because majority of religious individuals find it a violation of religion.

He added that a positive change can be seen in sermons, but that it requires a greater awareness among citizens, which will take time.

He said that some imams try to address new issues in their sermons but customs, intolerance and the media hinder them.

“The imams of mosques, located in poor neighborhoods where garbage is accumulating everywhere and lack of sanitation and electricity, keep talking about the Al-Aqsa mosque and its problems without paying attention to the local problems of the residents in these poor neighborhoods,” he added.

Al-Namrani said that the real problem is the absence of training for the imams; this is the responsibility of the government, specifically the Ministries of Education and Endowment.

Al-Namrani asserted that it’s important to teach students in schools how to think of their own needs and the needs of their society. Moreover, training programs like public speaking skills and community psychology skills must be provided for imams and taught by professionals.

Even historical speeches are weak in Yemen and suffer the same problems as the religious sermons.

“The imams focus on historical issues that don’t relate to reality whereas the liberals engage in discussing issues related to the American and European situation,” Mojeeb Al-Homaidi, an Islamic researcher, said.

“The sermons in Yemen lack the ambition to bring about a religious speech that really addresses the problems and reality of society.

When asking Yemenis about the performance of imams, many reply saying that they discuss issues irrelevant to Yemeni society and its problems.

Abdulwahed Al-Awbali, a 34-year-old Yemeni, said that imams pay no attention to the concerns of citizens. He added that people need religious education, but the imams are uneducated.

He said that it is not possible for someone who memorizes verses of the Qu’ran and the Hadiths to deliver sermons written by another or taken from books.

Delivering a sermon needs practice and continuous training, he said. The concerned authorities must perform their role in guiding imams to particular aims and strategies away from politics.

He affirmed that religious speeches must be able to effectively guide the people and teach them certain values.

He pointed out that it is rare to find an imam that really draws attention. If people were asked about the imam delivering the sermon, the majority would not know about him.

Ali Abu Lohom, a youth activist, said that about 10 percent of imams address the problems of residents and the political situation in Yemen. The rest talk about heaven, hell, prayers, alms and other things widely known about. He said it was due to a lack of deeper knowledge.

“We don’t need imams to tell us about our religion because we know about it. We want them to discuss our problems, discuss government decrees and oppose oppression,” he added.

One Response to Yemen’s Imams Miss The Point: Training Needed?