Women’s Rights in Oman: Still Plenty To Do 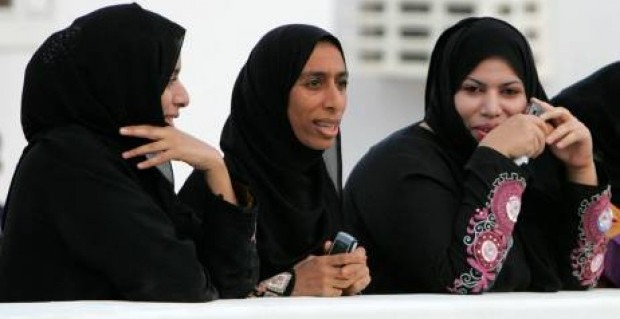 Oman has been a pioneer in the Gulf when it comes to women’s rights. His Majesty the Sultan has worked hard to guarantee equal rights and opportunities for women. Forty years ago there were no schools for girls in Oman. Today, there are more women than men enrolled in institutions of higher education. Our participation in the labour force is also increasing on a daily basis.

However, like most countries we have our issues when it comes to women. Although the Basic Law of Oman prohibits discrimination on the basis of gender, women still face legal discrimination under the personal status law of Oman.

It’s a sore subject because Oman’s interpretation of the Islamic Sharia law is what controls the personal status law in all matters related to marriage, divorce, inheritance and child custody. I have great respect for the Sharia law, but I think people should have a choice.

It bothers me that it’s legally possible in Oman for any male member of my family to marry me off without my consent. No woman I know in Dhofar has ever signed any marriage papers.

The men of the family ‘arrange’ it all. It’s also irritating to know that a husband can grab two strangers off the street and make them sign a divorce document in court as witnesses. The court doesn’t even bother to make sure the woman gets a copy of the divorce paper.

It’s legally possible in Oman for a man to divorce his wife with two witnesses, then go home and pretend nothing happened. Who’s going to tell her? There are definitely gaps in the system, and according to my sources some practices tend to vary by province.

The reason this issue isn’t discussed publicly is because very few men abuse their privileges when it comes to marriage and divorce, but that does not in any way justify these discriminatory practices.

As far as I’m concerned, every human has the right to be in control of their own life. Obtaining a woman’s signature on her marriage and divorce papers should be mandatory.

Another issue that drives me up the wall is that a man can legally take on an additional wife without informing his first wife. I know for a fact that many men abuse this right. The personal status law of Oman is very vague about polygamy.

It only specifies that a man should treat all his wives equally. It also bothers me that inheritance laws of Oman discriminate against women. Again, I think people should have a choice.

Several international human rights’ reports state that women in Oman are legally restricted from travelling abroad without the permission of a male relative. From my experience, I know this is not true.

However, according to my humble knowledge, a male relative can stop a woman from leaving the country if he wishes. I have searched high and low but cannot find a legal document confirming this. If you know anything about this, please share.

Yet another sore subject is marriage to foreigners. It is nearly impossible for an Omani woman to marry a foreigner. There are seven billion people on this planet, but my country tells me I’m only allowed to marry one of the several hundred thousand men who hold an Omani passport.

In the rare case where approval is granted, the woman faces an even bigger battle involving child custody and the ability to sponsor her own kids in Oman. The ironic part is that if you have a child from an ‘unknown father’, then that child automatically gets citizenship. What is wrong with this picture?

It is worth noting that Oman is one of the very few remaining UN members that has not fully ratified the UN Convention on the Elimination of All Forms of Discrimination Against Women (CEDAW).

Oman presented a report to CEDAW in October 2011 but stipulated reservations on several issues including women’s right to move freely, granting nationality to children with Omani mothers, and other CEDAW provisions that are not in accordance with Sharia laws.

There are a few other issues that I would like to highlight, but I’m running out of space. Stay tuned for another feminist outburst!

4 Responses to Women’s Rights in Oman: Still Plenty To Do