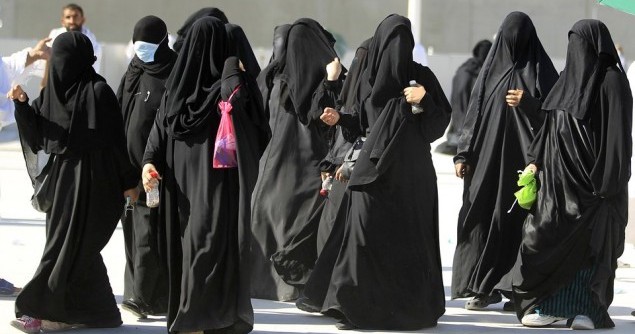 I’m one of the women who were invited, on the occasion of International Women’s Day 2013, by the Middle East Program at the Wilson Center to give their views on the challenges women face to their security. In about 300 words we were all asked to write on the topic: Challenges to Women’s Security in the MENA Region. This is what I wrote:

“Things are looking up for women in Saudi Arabia. While they are still second-class citizens required to have a male guardian to grant them permission to travel and are banned from driving cars, women now make up 20 percent of the appointed advisory council and are allowed to fully participate in municipal elections. Women are also finally allowed to work openly in malls as sales clerks. Moreover, any day now, the Ministry of Justice plans to grant licenses to women lawyers and maybe even implement child protection laws. Thus, generally we’re on the right path.

Yet that path could be derailed with the slightest sign of upheaval or war. When attempting to pacify or recruit ultra-conservatives on a particular cause, the first issue to be put on the negotiation table is women’s rights. To get Islamist sheikhs to endorse (or at least be silent over) arbitrary political detentions, a possible outbreak of war between Israel and Iran, or the use of drones by American forces in neighboring Muslim countries, all that has to be promised is the status quo on women’s issues such as maintaining the ban on women driving or agreeing that a legal age for marriage will not be assigned. In any national turmoil, women are usually the first to be sacrificed. Nowhere is that more true than in Saudi Arabia.

Independent civil societies are outlawed. The only organizations outside of the government are those of Islamists who abuse their religious power, calling on men to attend a literary club meeting just to protest women being allowed to attend in the same hall. They also went in scores to the royal court to protest women being allowed on the advisory council. These incidents were at a time of relative stability; can you imagine what would happen to women’s rights if this stability were to be shaken?”

Two other Saudi women, Muna Abu Sulayman and Hala Al Dosari, also wrote a piece for the publication. You can check theirs out HERE.