Women’s Life in Bahrain: A World Away from Dhofar 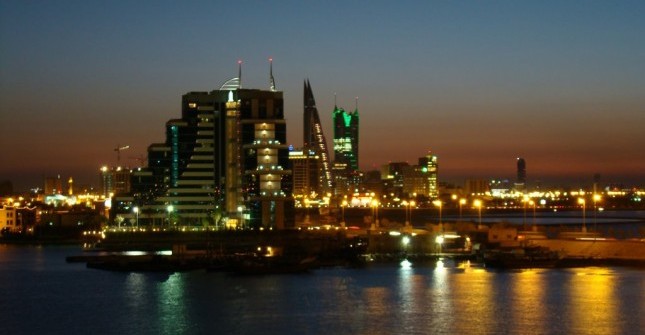 Last week I had the privilege of being invited to Bahrain to participate in an intensive all-female programme focused on the portrayal of women in Arab media. As someone who is a tad bit passionate about women’s issues, I snatched the opportunity and flew to Bahrain only to discover fellow Muscat Daily columnist Nick Smith sitting a couple of seats away from me on the flight. Fortunately for you (and him!), this column isn’t about Nick, but about Bahrain from a Dhofari young woman’s point of view.

Before I start blabbering on about Bahrain, I have a confession to make. As well-travelled as I may be, I have never been to a GCC country outside Oman…ever. With the exception of a short blurry trip to Dubai at the age of seven, the remaining Arabian Gulf countries have remained a mystery to me. There, I said it.

Until last week, I had no idea what the rest of the GCC is really like. I’ve always been too busy looking beyond the Middle East at destinations with bookstores, cool weather, boulevards, and museums.

In fact, my only contact with fellow ‘Gulfies’ has been observing from a safe distance the hordes of tourists who invade Salalah every year during the monsoon season. Quite often, these are not the best of impressions.

Whenever I picture GCC nationals in my head, I think tinted Land Cruiser windows, heat, sand, dishdashas and abayas. A classic ignorant stereotype, I know. Perhaps, I just assumed we are all the same one way or another.

As it turns out, we are anything but the same. Bahrain is very different from anything I expected it to be. The island country was heavily influenced by the British, politically and culturally until quite recently. The history of the country from its pre-Islamic days to the 2011 protests is fascinating.

Naturally, I was more interested in observing the women of Bahrain. In fact, I think I spent half my time there staring at the women. The way they spoke, carried themselves, walked, gestured and communicated with men…it was all so different. What is a suitable word to describe them? Confident? Empowered?

Put simply, all the Bahraini women I met (ministers, members of the Shura Council, royal elite, shopkeepers and journalists) were confident and in control. There was none of the tagging along behind husbands or being demurely shepherded around like I see in Oman and particularly in Dhofar. In other words, I did not sense too much uneasiness between men and women.

There was also none of the heavy makeup, huge hair poofs (the ridiculous melon-sized clips girls wear on their heads here in Oman), or overly glittery abayas. A good number of Bahraini women don’t even wear the abaya. Many of the ones I observed marched around in suits with clipboards giving out orders.

I suppose the emancipation of Bahraini women can be attributed to several factors including the influence of the British as well as the establishment of the Supreme Council for Women chaired by the Emir’s wife. Another factor that puts it a few steps ahead of Oman is that the first girls’ school was established in the 1920s, a good five decades before girls in Oman were allowed to go to school.

Among other things that stood out to me in Bahrain was the history of literature in the country, the poetry, the modern art movement that emerged over six decades ago, the traditionalist graffiti, and the incredible architecture compared to Oman.

Despite the quiet presence of riot police at various areas of the country and the ongoing political and religious tension, the island is a remarkably pleasant place to be.

Reflections on the programme that I attended will appear in future columns. It is too soon to begin processing the new ideas that were formed over the few days in which I remained holed up in a meeting room with 12 other strong-minded women with big ideas about the portrayal of women in Arab media. Until then!