Women and Marriage: What’s in it For Us? 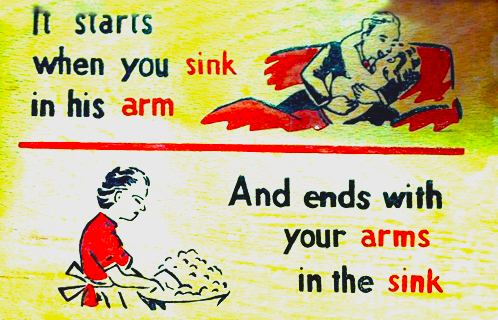 Whether in the East or the West, women are marrying later. This summer The Economist ran a feature piece looking at the “Flight from marriage” in Asia, which highlighted that the average bridal age is rising. So is the percentage of single women. This month, the cover story on The Atlantic Magazine, a thought-provoking American publication, is about how the marriage market is changing and women are marrying later, or not at all.

For many centuries the only way single women could achieve social standing was through marriage. Financially, they were dependent first on their fathers and then on their husbands. But with education and employment, their social status and financial independence is rising.

If marriage is no longer required for a woman to have stability or finance, what does she need a husband for? Why would they want to go into the kind of domestic servitude that some marriages entail and give up a life of fulfilment and selfdetermination? Worse still, why should they engage in a traditional marriage format where the wife is still expected to do the domestic work and undertake the caring duties for the family, and at the same time work to bring in an income?

Societies that believe in marriage have to come up with better reasons to persuade women to marry. If they don’t, the fallout could be significant. Women in general tend to marry up. With more women becoming educated and more successful in employment, this is leaving men at the bottom of the ladder unmarried.

In countries such as India and China, the number of men already exceeds the number of women by tens of millions due to male preference under China’s one-child policy as well as female foeticide.

Society is generally built on a bedrock of family units and without marriage, social structures will be significantly affected. Later or no marriage means that fertility rates drop. Decades on, there will be a whole generation of older, single women. This should worry policymakers, as much as the proponents of marriage and traditional family life. What I’m most concerned about is that this is a significant loss for women themselves. As a society, we want women to be happy, fulfilled and flourishing in good relationships.

Before religious authorities get up in arms that I’m criticising marriage – I’m not. I’m a supporter of marriage. What I am referring to is the lived reality of marriage for women that is wildly different from the theory of matrimonial bliss.

Women are looking for a reality of marriage that is for companionship and fulfilment, with a partner who will support them and see them as an equal. They see domestic duties as something to be shared, they see a continuation of their independence after marriage.
Trying to resist getting women educated or marrying them off early is not going to prevent the “problem”. Women are increasingly becoming aware of their rights, and education and employment among women are steadily increasing. If nothing else, families want the income. If your best argument for marriage is to restrict all other options, then you are admitting that marriage isn’t very attractive on its own merits.

And therein lies the crux of the problem. Women want to get married, but they need to be persuaded of its attractions. East or West, women are wondering about marriage: what’s in it for us?