Added on 31/05/2011  Crossroads Arabia  Commission for the Promotion of Virtue and Prevention of Vice , Saudi Arabia , Women , Women's issues 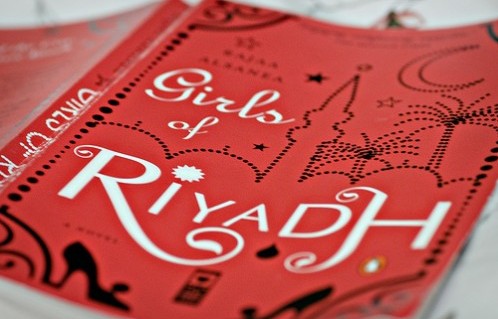 Why do Saudi girls run away? To paraphrase Elizabeth Barrett Browning, ‘Let me count the reasons why….’ Both Saudi Gazette and Arab News write on a report released by the Commission for the Promotion of Virtue and Prevention of Vice intended to study the phenomenon of runaway girls.

The first thing to hit me was that they counted women aged 21-25 as ‘girls’ and that because they are still under the control of their parents, as ‘runaways’. In few parts of the world would these women be included in such a study. Everywhere, except Saudi Arabia, these women would be considered adults fully capable of deciding where they wished to live. A woman this age, anywhere else, can decide that she doesn’t want to live at home.

In Saudi Arabia, though, is a quasi-criminal act for her to leave home, resulting in her being sent to a detention center. Just over half of the women in the study were between the ages of 16-20. This is an awkward range for doing comparisons with the rest of the world, as in much of Europe, 16 is considered legally mature enough to make important decision like where one lives. In the US, the age varies a bit by state, but generally sets legal maturity at 18 for all purposes.

The study notes that the majority of the runaways, regardless of age, had studied only to the level of intermediate or middle school. That may be simple a result of the population studied; the newspaper accounts do not give a count of the runaways broken down by age. This suggests, if it isn’t a statistical, age-based artifact, that their home lives do not encourage them to study. It’s possible that those home lives keep them from studying, in fact. Indeed, there are Saudis who still believe that women should not be educated beyond basic reading and arithmetic.

I’m certainly willing to admit that delinquency can be a serious problem, even within a closed society such as Saudi Arabia’s. Girls of various ages do commit actual crimes and that’s an issue that needs to be addressed. Detention centers can play an important role in containing, and hopefully changing criminal behavior. The incidence of criminal youth is certainly worth studying. By mixing criminal behavior with the acts of young adults seeking independence, however, I think you end up with a very messy sample population, one that cannot be studied to find useful results.

That’s not to say this study is useless, not at all… it serves to show that the Commission is right on top of things, at least in its own eyes.

HAZIM AL-MUTAIRI RIYADH: A report drawn up by the Commission for the Promotion of Virtue and Prevention of Vice (the Hai’a) shows that over 51.4 percent of runaway girls in the Kingdom are aged between 16 and 20. 38.5 percent are aged between 21 and 25, the report states.

The report, which was an effort to determine the social causes of girls running away from home, find feasible solutions to prevent it occurring and help the girls back into society, was the result of analyses from instances recorded at girls’ care homes in the four main administrative regions of Riyadh, the Eastern Province, Makkah, and Asir. The Hai’a noted that 52.3 percent of girls held after running away had gone no further than intermediate school in their education while 36.7 percent had secondary school qualifications. …

MD HUMAIDAN | ARAB NEWS JEDDAH: Most runaway Saudi girls — 51.4 percent — are aged 16 to 20, according to a study conducted by the Commission for the Promotion of Virtue and Prevention of Vice (Haia). …According to the study, there are 109 girls in Saudi jails and social-care centers. The study covered 33 sociologists, 53 judges, 140 investigators, 91 teachers, 1,193 secondary students, 256 university students, 101 student guides, 81 police officers and 192 Haia officials.”

3 Responses to Why Saudi Young Women, Sorry, Girls Run Away