Why I’m Optimistic About the Future of Bahrain 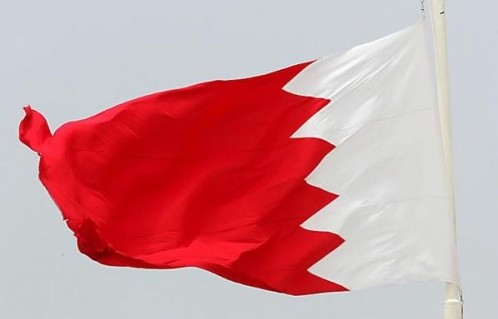 I love Bahrain and its people. It’s not the kind of blind and unconditional devotion you might feel for your family. More the clear-sighted love that recognises all the ways in which human beings from time to time fall below accepted standards of behaviour and attitude, fall below their own value systems and do things that in their hearts they might regret. But also the kind of love that looks beyond behaviour and sees essential qualities – in Bahrain’s case, generosity of spirit and enthusiasm for life – that transcend the acts and failings of individuals.

The past six months have been hard for Bahrain. When I have written about the country, I have tried to do so with sympathy and without taking sides. If I have had no positive conclusions to draw from events I have tended to keep silent. It is for Bahrainis to determine their future – I leave it to others to comment on rights and wrongs.

Over the past few weeks my feelings for Bahrain have deepened, thanks to my involvement in a youth program that has been more intensive and uplifting than any in my recent professional life. My colleagues and I have been working with around sixty of the brightest sixteen-year-olds in the country. They are candidates for the Crown Prince Scholarship Program. In May next year, ten of them will be selected for scholarships that will enable them to complete their secondary education in the UK or the USA, study at the best universities in either country, and if they wish, to gain Masters degrees. More on the Scholarship Program later.

So throughout this month my team and these students have been enveloped in a bubble of learning – away from all the bones of contention that have been rattling around the country in recent months. Many of the students met each other for the first time. They came from a variety of backgrounds. Some privileged, other less so. Some girls, some boys. Some painfully shy, others brimming with confidence.  They arrived with a uniformly high level of academic achievement. They left with bonds that I suspect might last for a lifetime.

The event started with a series of workshops designed to hone their skills for the big step forward from school to university – time management, communications, project management, teamwork and leadership. Following that, Going West, a week-long program – as the name suggests – specifically about dealing with the pitfalls, terrors and opportunities inherent in leaving home for the first time and travelling thousands of miles to study in what for many will be a totally alien environment.

And they spent the final week developing ideas for the economic development of the country, and presented them to a panel of entrepreneurs and corporate executives.

It was heart-warming to see these young Bahrainis gradually coming out of themselves as the event progressed. Shy ones from the villages who could hardly be persuaded to let out a squeak in the first week became enthusiastic and assertive team players by the end. Private school kids who had an advantage in social skills and confidence, helping those who hadn’t had the benefit of their expensive educations. Role-play acted out with the panache of seasoned performers. And presentations that would put many adults thirty years their senior to shame with their clarity, incisiveness  and quality of delivery. All in English, their second language, although some would consider themselves bilingual.

What impressed me also was the maturity of their presentation subjects: reflections on childhood, the ethical issues around genetic engineering, early detection of special needs in children, treatment of cleft palates. When I was sixteen, in my private school bubble, my main preoccupation was the next Beatles album and catching the spot on my forehead before it turned nasty.

These sixteen-year-olds have idealism and an absence of cynicism that you would rarely find in a street-wise British or American kid. They really want to succeed, they really want their scholarships, but they also really care about their peers, their families, their country and their environment.

There were times when you forgot that you were dealing with youngsters. But occasionally – such as during a series of team problem-solving exercises – the child would come out whooping and squealing as they raced from one decoding task to the next.

There are many other young people like them in Bahrain. Serious, focused and yet exuberant and fun-loving.

While the two generations above them were thrashing out the nation’s future in the National Dialogue, these kids were showing us how Bahrain has been in the past and can be in the future – working together in harmony, goodwill and common purpose.

They represent the qualities that originally attracted me to Bahrain, and I pray that life doesn’t knock too many lumps out of their hopes and plans for the future. They, and thousands of others – perhaps not quite so bright but with the same qualities – are the future of their country.

In fact, youngsters like them all over the Middle East are the Arab future. For all the uncertainty across the region, we would do well to remember that the long-term future of the Arab world doesn’t lie with the adults who are fighting, arguing, reliving ancient battles and re-igniting old resentments. It lies with the region’s abundant and talented youth.

The Crown Prince is to be congratulated for an initiative that has transformed the lives of those who have taken part. His scholars are working in high-profile jobs both in Bahrain and abroad, and have competed on equal terms with some of the brightest students in the Western world. Yes, it’s an elite program for a relatively small number of people. But it shows what young Arabs can achieve, and it rides roughshod over the often narrow and ill-informed Western perceptions of the Arab world exemplified by the likes of Geert Wilders and Anders Behring Breivik.

If Bahrain is to be the home of inventors, innovators and creators of wealth, rather than importers of foreign expertise and traders of foreign technology, it needs more initiatives like the Crown Prince’s Scholarship Program, and it needs the spirit of his program to inspire the education system across the island. An investment in human infastructure that will be far longer-lasting than tower blocks and flyovers.

I make no apology for the untempered optimism of this post. Bahrain needs good news. These kids are definitely it.