‘Who’s The Victim Now?’: The Shame of My Holocaust Stories 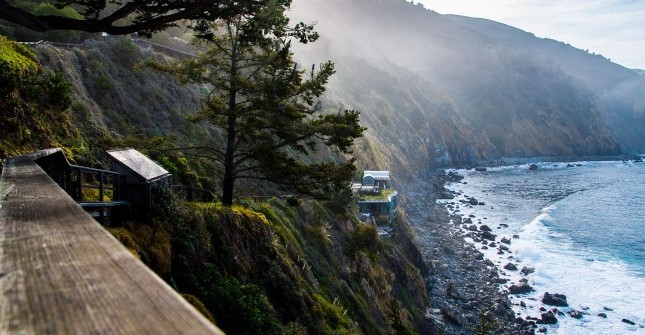 One evening, in the dining room of the Esalen Institute in Big Sur, California, I sat down to eat with a friend of mine from the group of Israeli women I travelled there with to participate in a workshop in early 2013.

She was an Arab Bedouin woman from the Negev, a mother of four children and the second wife of her husband. During the workshop she opened up to me about difficulties in her life. She told me how she is sinking under the burdens of her daily life and the weight of the restrictions placed on her as an Arab living in Israel. She told me how she looks for a few moments of silence during the day just to be by herself.

Still, that evening we laughed together, enjoying the food, the sea, the air, the pools, the openness and the freedom to be ourselves.

Our time at the Esalen Institute was an opportunity for all of us, Israeli Arabs and Jews, to have equal opportunities to fully express ourselves, unlike our experience in Israeli society.

Workshops focused on listening to our inner voice and ways to express it. They revealed our underlying emotions and were illustrated by personal stories. And we asked questions like whether Arab women in Israel defined themselves as Palestinian or Israeli.

One Arab participant told us about her experience as a student at university. Every morning for two years she was checked at the entrance, even though the guards knew her and welcomed her with “good morning.” She defined herself as an Israeli Arab, and felt like she was a second-class Israeli.

In Israel, no matter how strong our friendship might be there is always a feeling that the Jews patronise and feel superior to Arabs. It does not matter how liberal or progressive our opinions might be, Jewish identity comes first, then the state’s democratic identity. Being Jewish in Israel, one feels it’s easier to express an opinion, say what one wants or oppose something, than it is for an Arab.

But something was released when we reached the Esalen Institute. We could actually deepen our discussions around Israel’s national identity and the role and status of its large Arab minority.

At dinner that same night, a young girl sitting in front of us, a journalist from Germany, asked me for my name and where I came from.

When I heard she was German and realised that she was interested in Jewish life in Israel, I found myself representing the whole of the second and third generations of the Holocaust. I focused on her, telling deeply personal stories about my grandfather who died in the Holocaust, my father hiding in the snowy forest to escape the Nazis as a child and my uncles in the Bergen-Belsen concentration camp in northern Germany. The journalist’s eyes widened. She was listening in silence.

Suddenly her silence got to me. As though I was waking up, I noticed I was sitting next to my friend from the Negev.

I’m telling her about the Holocaust? Am I the victim?

What is her life then, as an Arab woman subject to patriarchy in her culture and living in a country that is controlled by Jews? What does she hear now when listening to these stories?

Being with my Arab friend changed my perspective and revealed other realities I had not seen clearly before. I saw us, just three women. Not Jewish, Muslim or Christian; not Israeli, Palestinian or German; not victims or victimisers; no rulers or ruled – just three women pleasantly sitting together at dinner.

Since I returned from the workshop at the Esalen Institute, I continue to contemplate what I realised in that moment. I find myself more sensitive to social diversity and I feel more compassion for myself and for those around me.

I just wanted to share, and say shalom – a word that in Hebrew means “hello”, “complete” and “peace”.

Noa Ma’ayan is a facilitator for Arab and Jewish women at a non-profit organisation called Together, Beyond Words.