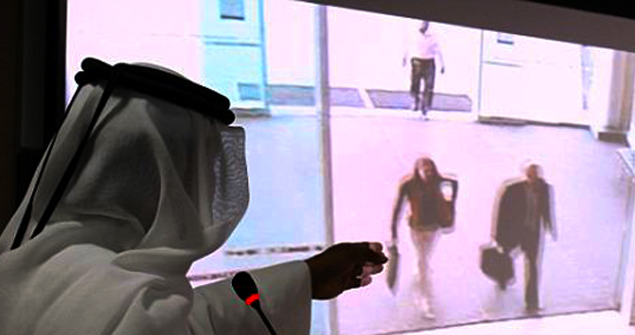 When the facts of a matter are uncomfortable, you can always give them the Hollywood treatment.

7Days reports today on the making of a new film set in Dubai, called ‘Kidon’. The film is a fictionalisation of the events around the now infamous ‘hit’ on Hamas’ Mahmoud Al Mabhouh, carried out in Dubai by a large team of Israeli intelligence operatives using third country passports.

Mossad got caught with its pants truly down by Dubai police, which operates a large and sophisticated camera network – from the second you land to the moment you leave here, you’re under some sort of surveillance, as the boys and girls from Tel Aviv found when their fake identities were compromised following Mabhouh’s extra-judicial murder.

Dubai police amassed almost 650 hours of footage as it tracked the movement of the gang. This caused a great deal of embarrassment to Israel, which had previously undertaken to stop using third country passports – of the 29 suspects Dubai Police identified, 12 had British, six Irish and four Australian passports. All three countries subsequently expelled Israeli diplomats. In the case of the British passports, all were found to belong to Israeli residents with dual nationality. In all, a great deal of information was unearthed about Mossad’s operations (including the payment systems they used), much of which we must assume has been kept private and quietly used as currency between various agencies.

And so now we have ‘Kidon’, an Israeli-French film by Emmanuel Naccache which will dramatise the killing of Mabhouh, including the interesting plot twist that he wasn’t actually killed by Mossad but by a ‘small time gang’ which is attempting to frame Mossad. Kidon (Hebrew for bayonet) is the name of Mossad’s assassination and kidnap arm.

Neatly, the plot twist maintains that precious ‘purity of arms’. At the same time, the story’s also been changed to have Al Mabhouh lured to his end by a seductress. So he gets nicely smeared, too. In fact, as the film (which is set post-hit) unfolds, we find that Mossad was completely innocent and the shadowy forces behind the gang that actually carried out the operation are… Iranian.

The film, tellingly, is not being shot in Dubai. Oh, no. It’s being shot in Eilat with an all-Israeli cast. So you can expect lots of fake sheikhs, idiotic Arabs and camel-riding caricatures. And, most wonderful of all, it’s a comedy. About a murder. Nice.