What Happens When Journalists Want War 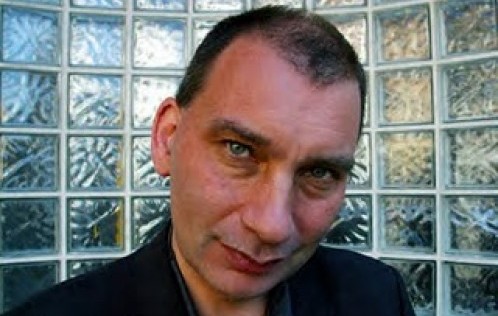 When Christopher Hitchens died, there was renewed debate about the power his pen wielded. When he wrote in defence of Bush’s invasion and occupation of Iraq, he crossed the line. He crossed over from the bubble that observers and commentators inhabit into the political arena. He had become a player.

Now, one of his friends, Nick Cohen, is doing the same with Syria. He wants war, and who cares what Syrians want.

Actually, he does care. He asks a London-based Syrian journalist, who now works as a PR manager for a lobby group (shorthand: “pro-democracy activist”) and he asks a US-based campaigner, Ammar Abdulhamid. Both of them give him vivid accounts of life in Syria, but neither calls for war.

Well, if they won’t do it, Cohen will put the words into their mouths:

“The Syrian incarnation of the “Arab Street” we used to hear so much about now wants Nato planes in the skies.”

It’s a barefaced lie. And it follows a simple recipe. Find a Syrian in Britain plus a Syrian in America. Refer to them as the “Arab Street”. Make it look like they said things they didn’t actually say.

But that’s not enough for Cohen. He feels the need to put a bit of meat on his fairly weak defence. I give you the Syrian National Council:

“The ferocity of the regime’s violence has pushed the Syrian National Council, an umbrella group for much of the opposition, from calling for civil disobedience and passive resistance to begging for outside help.”

Except that they didn’t. Here’s the very first point they made in a statement three days ago:

Following talks lasting for more than a month involving the leadership of the NCB and the SNC, the parties agreed on the following:

1 – Rejection of any foreign military intervention that affects the sovereignty and independence of the country. The Arab intervention is not considered to be foreign.

Nick Cohen claims to care about human rights, but Amnesty’s Campaigns Manager Kristyan Benedict, who has been involved in the campaign against Syrian repression, isn’t so sure.

“Cohen serves an agenda which doesn’t have the human rights of Syrians at its heart – plus he is an ignorant Orientalist tool,” he told me.

At some point, the Syrian people – inside Syria – may indeed call for “Nato planes in the skies”. Until that moment comes, we in our comfortable homes in London and Washington, should refrain from pretending to speak on behalf of Syrians.