What Byzantium Can Teach Us About Today 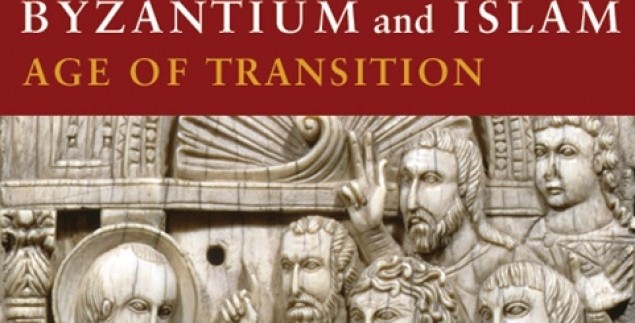 As I wandered into New York City’s Metropolitan Museum of Art to see the exhibit “Byzantium and Islam: Age of Transition”, I began to think about the turbulent revolutionary events of the Arab Spring which have captured the world’s attention over the past year. After reading so much about the turmoil in these countries, I wanted to delve into their pasts. These countries have rich stories of dynamic exchange and tolerance which deserve to be understood more widely today.

The Metropolitan Museum’s exhibit creates a rich narrative that illuminates an era of transition and interfaith interaction, beginning in 7th century CE when much of the Levant and North Africa was part of the Christian Byzantine Empire (also known simply as “Byzantium”). During this same century, with the rise of Islam, these areas became part of the Umayyad Muslim dynasty.

Today, we hear too little about pluralism in Muslim majority countries. In the 7th century, though, the Islamic Umayyad Empire (which lasted from 661-750 CE) was seen as an empire of many religions, as it incorporated Jewish and Christian communities.

In fact, interfaith art and culture had a strong presence throughout the 16th century reign of Emperor Akbar the Great in Mughal India, where multiple religions also lived side by side. It was much later, in 1893, that Christian Americans in the city of Chicago would create the World’s Parliament of Religions and that the term “interfaith dialogue” would be born.

I was stunned by the exhibit’s array of Roman-style tunics, silks, mosaic, tapestries, folios of sacred texts, trading goods, figurines, jugs and sacred images that helped remind viewers of the depth and diversity of influences that Judaism, Christianity and Islam have had upon one another in the Arab world.

Thinking of the upheaval in Arab countries today, I realised that the time of transition from Byzantium to Islam was also a time of upheaval, and that rich developments came out of it. These include the Umayyad Empire’s development of medicine and science, the first Christian Arabic lectionary and beautifully illustrated manuscripts with the Christian Gospels. These manuscripts’ sumptuous quality evokes the grandeur associated with the liturgical objects used in Constantinople’s church of Hagia Sophia, a principle church for the Byzantine Empire. The particular Byzantine styles of the Christian manuscripts were influential in the creation of the earliest Qur’ans, which were written in gold on indigo-dyed paper during the Umayyad era.

The gallery exhibits the presence of a smooth, unbroken lineage connecting Byzantine mosaics and manuscripts to Islamic calligraphy. Viewers can easily see the fluid transition to the Umayyad Islamic empire and the connections between Christian and Muslim art.

Other objects in the exhibit also exemplify the syncretic nature of artistic exchange within the Abrahamic traditions, for instance, an oil lamp with Greek and Arabic inscriptions from the 8th century. As I scrutinised the lamp I saw a Christian inscription on its right side in Greek: “The light of Christ (is resurrection)”, on the left side “Christ and light” in Arabic, and on the bottom, an Arabic Muslim inscription that read “In the name of God, the merciful, the compassionate.” The presence of both Christian and Muslim inscriptions that exalt God in their own languages demonstrates the tolerance of each author for the other group’s concept of God. This lamp represents, for me, a hope for peace amongst Muslims and Christians in countries like Syria and Egypt which are experiencing so much transition today.

As I left, I read that there were objects the museum had planned to get on loan from Egypt, but they were unable to. Their absence saddened me. But then I was struck by a small image of the Nile that symbolised the story of creation, and its image of earthly paradise that all the Abrahamic faiths could relate to. Ultimately, I believe, this exhibition leaves viewers with a feeling that we are all interconnected across lines of faith and culture.

Dr Mehnaz Afridi is Assistant Professor of Religious Studies and Director of the Holocaust, Genocide, and Interfaith Education Center at Manhattan College in New York City.