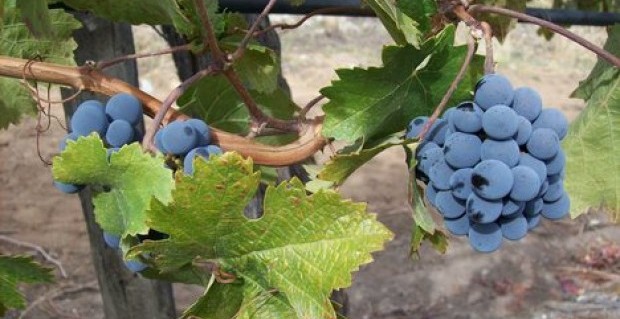 It’s easy enough to say “When in Rome drink as the Romans do,” but what’s a wine lover to do in Marrakesh?

For starters, Morocco is predominantly Muslim, and consumption of alcohol is forbidden in Islam, (though oddly enough, the word “alcohol” derives from the Arabic word “al-kohl”). Its production is allowed, and historically overseen by Christians and Jews.

When Morocco became a protectorate of France in 1912, the French found its fertile soil, especially in the Meknes region of the Middle Atlas Mountains, an ideal spot in which to build a formidable wine industry. By the time of Morocco’s independence in 1956, 55,000 hectares (135,905 acres) were under cultivation.

With the departure of the French, Moroccan vineyards grew fallow. In 1967, the European Economic Community (now the European Union) froze most Moroccan wines out of its market. The few remaining vineyards fell under strict government control.

Then, at the urging of King Hassan II and his successor Mohammed VI in the 1990s, French wine companies returned to lease vineyards and replant European varietals. By the beginning of this century, cultivation had recovered to 50,000 hectares.

Thanks to the influx of tourism, the sale of alcohol and wine is widespread in Morocco’s major cities, though in many areas it is still forbidden, especially during Muslim holy days.

So, on a recent trip to Morocco, I found little problem ordering beer, wine, or even martinis at hotels and restaurants I frequented, including those run by Muslims.

Frankly, I didn’t expect any of it to be all that good. Still, my first few bottles of merely pleasant white wines were much enhanced when paired with the gloriously fresh seafood on offer at open-air French brasseries along Atlantic coastal cities like Casablanca, Safi, and Essaouira.

But it wasn’t until I got inland to Marrakesh, where well- spiced meat-based dishes like couscous and the slow-cooked tagine stews demand to be consumed with a hearty red wine that I began to be impressed. Especially after a memorable tasting with Manuel Schott, the Alsatian-born sommelier at the magnificent La Mamounia Hotel, which stocks more than two dozen Moroccan wines among the 400 labels in its cellars.

“One of the problems in Morocco is that, after April, it is so hot,” said Schott, “so that just shipping the wines can compromise them. I ask for the wines to be delivered either in early morning or after 7 p.m.”

It’s not just soaring temperatures that pose a challenge. “In August and September the desert winds are so harsh that they can destroy 30 to 40 percent of the harvest,” he said.

Most of the new wineries are French-owned, including El Mogador, Morocco’s first organic producer in Provence Essaouira. Its delicious El Mogador Gris, is made by a vigneron from the Rhone Valley named Charles Melia.

Called “Gris” (gray, in French) because of its color that falls between white and rose, it was very fresh and well made, at 12.5 percent alcohol, with a lingering flavor and aroma of raspberries.

Even more enticing was a blend of 80 percent chardonnay and 20 percent viognier, at 13 percent alcohol, called Odyssee La Ferme Rouge. This was a very lush wine whose rich chardonnay flavor took on the spicy scent of the viognier in impressive balance.

S de Siroua by Domaine des Ouled Thaleb in the Rommani district is 100 percent chardonnay, with a bold 14 percent alcohol and a full body from aging in new barriques that give it a vanilla caramel undertone.

Volubilia 2008 was 100 percent cabernet sauvignon, a varietal that can take some heat, and it showed well at a moderate 13.5 percent alcohol, with good tannins and acid. Its relative lightness derived from its spending no time in oak barrels.

Schott says that at least 60 percent of La Mamounia’s guests order Moroccan wines, compared with a decade ago when few did so. Wise investment in production and a more progressive attitude toward alcohol have quickly improved the wines, which, if difficult to find abroad, are well worth drinking when in Marrakesh.

2 Responses to Well-Kept Secret: The Thriving Wine Industry of Morocco