“We Should Celebrate Oman’s Cultural Diversity” 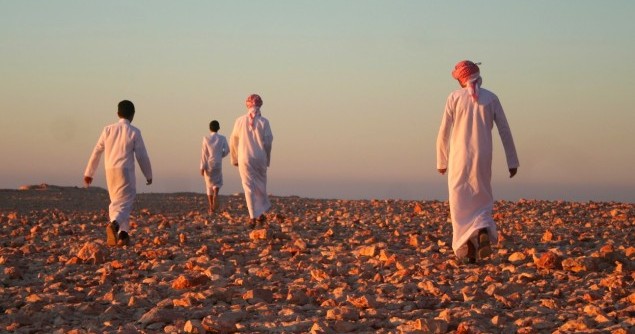 Recently I was privileged to meet a foreign researcher who was in Salalah to learn the Dhofari mountain language more commonly known as Shahri or Jebbali. Chances are you never knew such a language existed in the south of Oman.

In fact, I’m willing to bet you had no idea that in addition to Arabic, four other languages are spoken in Dhofar. The four unwritten Southern Arabian languages are Shahri (Jebbali), Mehri, Hobyot and Batthari. There has also been debate as to whether a fifth South Arabian language known as Harsusi can be considered a Dhofar-based language.

Contrary to what our ever-so-useful Wikipedia says, general consensus seems to be that Shahri (Jebbali) is spoken by approximately 50,000 or more Dhofaris from mountain tribes as well as a large number of individuals from town tribes. Mahri is also spoken by a decent percentage of the Bedouin population of Dhofar. I apologise if I have confused you with the terms ‘mountain tribes’ or ‘town tribes’. The tribal system in the south of Oman is complex!

As for Hobyot and Batthari, it saddens me to say that fewer than 200 individuals speak these Dhofari languages and they will both become extinct within a generation. Although I have lived in Dhofar my entire life, I have never had the privilege of hearing Hobyot or Batthari being spoken.

Because I come from a mountain tribe, most of my family speak Shahri (Jebbali). I am ashamed to admit that although I understand a lot of it, I do not speak it very well. Many people from mountain tribes who live in the town of Salalah tend to simplify their Jebbali by mixing Jebbali phrases with Arabic words. When I am in town, I understand most of what is being said. The minute I head up into the mountains, the language gets harder and harder to understand.

Although both Mehri and Shahri (Jebbali) are widely spoken at the moment, they are both endangered and will soon become extinct as well. I say this namely because they are both unwritten, and because 90 per cent of all languages in our world are expected to become extinct within the next 100 years. Furthermore, modern life in post-renaissance Oman has forced Dhofaris to speak Arabic every day in addition to English.

Another reason these beautiful South Arabian languages will die quickly is because authorities in Oman have made no efforts to preserve them. Simple as that! I am ashamed to say this, but almost every effort to research and document our dying languages in the past few decades has come from Western researchers.

Many efforts by locals to document and promote these languages have been quietly ignored by authorities, particularly the Jebbali or Shahri language also known as the language of the rebels during the Dhofar Rebellion in the 1960s and 1970s. As you can guess, the language comes with a lot of baggage.

Several years ago a huge controversy took place in Dhofar after a very interesting book was published attempting to study the history and roots of the Shahri (Jebbali) language. In addition to a build-up of other factors, the book’s aftermath led to a governorate-wide controversial debate on the history of the language and what to name it. Without going into too much detail the situation became ugly, several people got arrested, and the book was banned from being published or sold in Oman.

Although the speakers of any unwritten language are mainly responsible for its preservation, I feel it is not enough in Oman. It is my humble opinion that the Omani government should at least openly acknowledge the existence of the nine or so unwritten languages in Oman and support those who speak them to preserve their identity. Our culture lies within the language. Preserving cultural artefacts will never be enough.

I will try to say this as gently as possible and I beg you to try your best not to misunderstand me. Occasionally it feels to me that in an effort to make Oman and Omanis as ‘Omani’ as possible, the powers that be may have intentionally overlooked the importance of the diverse sub-cultures that lie within Oman.

The mountain tribes in the south of Oman with their pride, unique language, beautiful poetry and strong traditions are not something to be wary of. The same goes for Luwati, Mehri, Kumzari, Swahili, Balochi, and all the other beautiful languages spoken within our borders with their fascinating cultures. We should be proud of our unique identities.

Public discussions concerning tribes, languages, and sub-cultures within Oman are not often welcomed by authorities due to historical baggage. I find this very sad and frustrating at times. Omanis are an incredibly diverse population spread out across 309,50sq km.

Nevertheless, we all speak one common language, wear the same clothes, work in the same establishments, pray in the same mosques, receive the same education, cheer for the same soccer team, and are loyal to the same wise leader. Surely this is proof enough that we are able to maintain our own unique cultures while embracing a common Omani identity. In diversity there is unity!