“We Pray That You Die”: Saudi Clerics On Attack 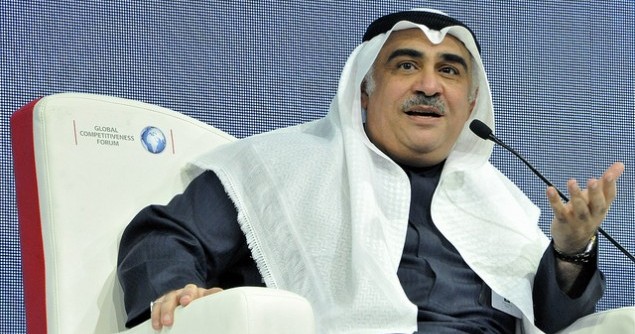 Ali Al-Ghamdi offers an opinion piece in Saudi Gazette in which he discusses the threat of certain Saudi clerics to pray against the Minister of Labor, Adel Fakieh. They threaten to pray not only against his implementation of the Council of Minister’s decision to open certain labor sectors to women, but for his personal demise. They did, they claim, pray against former Minister Ghazi Al-Gosaibi and lo, he died of cancer!

This raises some interesting questions, Al-Ghamdi notes… isn’t this a manifestation of shirk, which includes the assumption of power reserved only to God. This is one of the arguments used against practitioners of black magic, after all. Perhaps executing a few clerics for exceeding their remits would have a salutary effect?

Women make up half of society, and this half of our society should not be kept unemployed.

Even if they are not in need of any financial benefit, women should no longer accept to be marginalized. This is especially true for those women who have received an education and are as competent as men in certain fields.

There was a time when women were confined to working in the fields of education, health and social services. However, an increase in the number of educated women together with the limited number of jobs available to them has resulted in aggravating the unemployment problem. This has prompted the state to consider finding other areas where women can work. These areas include women’s accessory shops, especially lingerie shops, where in the past women customers found it embarrassing to shop because of the presence of foreign salesmen.

During the time of the former labor minister the late Dr. Ghazi Al-Gosaibi, the Council of Ministers took a decision to replace salesmen with saleswomen at women’s accessory shops in line with Islamic Shariah regulations. Some hardline clerics did not approve as they considered that this would corrupt women and, therefore, they demanded that the decision not be implemented. All the efforts made to explain to them the advantages of the decision were to no avail. However, extensive studies on the religious, social and economic aspects of the decision were carried out, and eventually it was implemented.