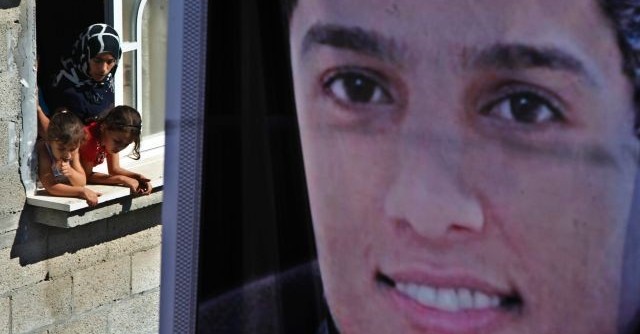 Dear Mohammad Assaf, you may be wondering why I, a young Israeli, am writing you, the winner of Arab Idol from Gaza City.

You may think we are not alike. True. We were raised an hour away from each other, but lived light-years apart: you in Gaza City and me in Jerusalem. At many crossroads, we took different paths. At 20 you sang at weddings, whereas I was serving in the Israeli Defence Forces. However, we have much in common: we are both young, we have seen too much blood and we both call this piece of land home.

You are the most beloved young Palestinian today. When you sang in the Arab Idol finals, you charmed Arabs and non-Arabs worldwide. I wanted to write to you because for people in Ramallah and Khan-Yunis you are not only charming, you are a source of hope — rare commodities for all of us living between the Jordan River and the Mediterranean Sea.

I wanted to write to you because when people look at you, they don’t only see a handsome young man who can sing, but the embodiment of new possibilities and inspiration to wish for a goal that is beyond the reality that sometimes seems to fold on us.

You have all the reasons in the world to be pessimistic. US Secretary of State John Kerry is now trying to bring the Israeli and Palestinian sides together to resume negotiations. But you and I know that almost everyone at home just rolls their eyes whenever someone mentions the word peace. Who can blame them? Time and again, our leaders have disappointed us in their inability to make brave decisions and take a step towards reconciliation.

But your voice can be clearer and louder than theirs. History is full of unconventional actions that bring about change. You touched the hearts and souls of over 160 million people. And while it is true that among the 7 million Israelis many do not fit the profile of your fans, we are also not that different. When music is profound, no one is left apathetic, and your beautiful voice can send a message in a manner that no politician can.

You might be thinking, “These people don’t want peace with us”. But please know that while it’s true that for most Israelis it’s hard to see a promise for resolution looming on the horizon, it is not because we are against it. Rather, it is because one of our former prime ministers told us, “There is no partner for peace”. Whether or not this statement is, or was true, most of us still believe it. But deep inside, even the pessimistic among us are hoping to be proven wrong.

It says in the Hebrew Bible, “Better a good neighbor than a distant friend”. The whole world can adore and sympathise with you, but it is us you are stuck with, and vice versa. Please address us too. You can be our idol too.

You are 23. I am turning 25 in two weeks. We are young, but we are no longer children. When I was fifteen, I read in an American book that “the mark of the immature man is that he wants to die for a noble cause, while the mark of the mature man is that he wants to live humbly for one.” Now, a decade later, this idea resonates with me, and not only as an eloquent sentence in a novel. I was a combat soldier. I know what it is like to be ready to give your life for something. Yet, I would much rather live on this land alongside you than die so others can live here alone.

Look at me, because you don’t have a choice. And neither do I. We are stuck together, and we are not going anywhere. But it need not only be bad.

Your voice is beautiful. It can reach Palestinian and Arab youth all over the world. It can even reach us. It can tell a new story, one that wouldn’t conclude with “There’s no partner for peace”. It’s a story that seeks living, even if not loving. I can write it, but you’ll have to sing it.

Mabruk, or as we say in Hebrew, mazal tov (congratulations).

Natan Odenheimer is a sophomore at Brandeis University, US Correspondent for Israeli magazine Educational Echos, and an occasional contributor to Ha’aretz, The Forward, The Times of Israel, Ynet and Eretz Acheret. He is currently a member of the New Story Leadership class of 2013 and an intern at the American Task Force on Palestine. Follow him on Twitter @odinatan.