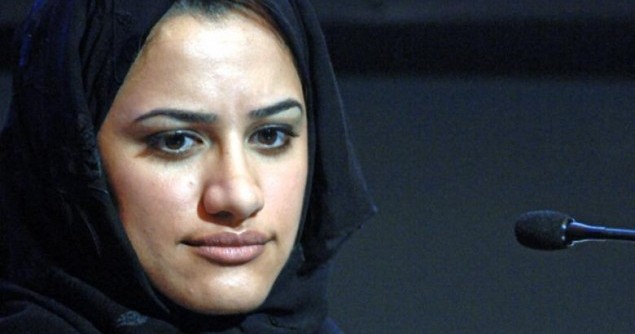 The book Girls of Riyadh is one of the few true Saudi bestsellers. The controversial novel by Raja al-Sanea first came out in 2005 and became a sensation right away. The instant popularity and the controversy surrounding it prompted the Saudi government to ban the novel at first, but soon the ban was lifted and the book was available for purchase almost everywhere, including gas stations on the road between Riyadh and Dammam.

The novel was translated to English and published in the summer of 2007. I was not impressed by the book when I read it, but I thought that the accompanying controversy was interesting nevertheless.

Considering that al-Sanea was trained as a dentist and this was her first book, some people raised questions over if she really wrote it. The fact that the well-known Saudi writer and minister Ghazi al-Gosaibi, a figure hated by religious conservatives, wrote a blurb for the book did not help. But I did not have a reason to doubt that al-Sanea had indeed written the novel. Al-Gosaibi, who passed away in 2010, would not have written something like that.

To avoid the controversy and her new fame, al-Sanea left the country and headed to Chicago to pursue higher education in dentistry. But before departing to the US, she told those who questioned her talent that Girls of Riyadh was not a “rooster’s egg,” which means that her novel was not a one-off, accidental success. She said she was going to write a novel as “powerful and influential” as her first one.

Seven years later, al-Sanea is yet to publish her second book. She told the Beirut-based al-Akhbar last year that she is working on a new novel to come out in 2012 “reflecting the changes surrounding her life.” The year is almost coming to an end and I have not heard or read anything about her upcoming novel.

However, the most interesting part in her interview with al-Akhbar for me was her take on the Arab Spring. I was surprised to read that she thinks that “We [in Saudi] have nothing to revolt against like neighboring countries.”

Moreover, she believes that Saudi Arabia is “on the reform track.”

Obviously, Raja al-Sanea is not beyond her rooster’s egg yet