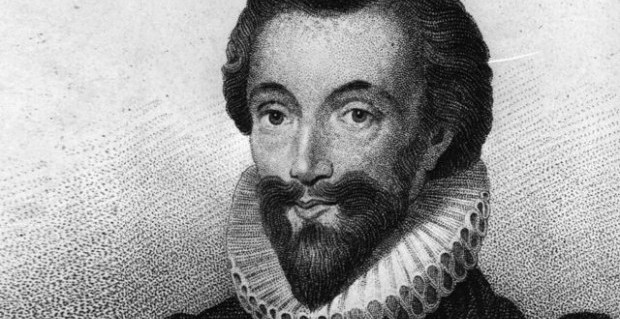 “No man is an iland, intire of it selfe; every man is a peece of the Continent, a part of the maine; if a clod bee washed away by the Sea, Europe is the lesse, as well as if a Promontorie were, as well as if a Mannor of thy friends or of thine owne were; any mans death diminishes me, because I am involved in Mankinde; And therefore never send to know for whom the bell tolls; It tolls for thee….”

What was true some four centuries ago for the English metaphysical poet John Donne is timeless, even if his writ shows its linguistic age. Today it can also be said that no country is an island unto itself, no matter where or how you spin the globe. This is certainly the case for the United Sates, with our military still on the ground in Iraq and Afghanistan, targeted drones over Pakistan and Yemen, the smoldering aftermath of the bombs that brought down Qaddafi in Libya, the stench of made-in-the-USA arms just about everywhere.

If, as Donne eloquently reflects, the death of any man (or woman or child) diminishes us, then why are we so hell-bent on adding to this diminishing by arming thugs and sending our military to die in other countries?

First, it is important to realize how much the death toll drones on daily. Take today, for example. On Al-Jazeera we learn there are “many dead in Afghanistan suicide blasts,” 18 dead and 45 wounded by the numbers. As the nominal peace part still fails to protect the dictator-weary people of Syria, reports are that some 9,000 have been killed so far by the Assad regime, including refugees over the border in Turkey.

There are also “Pakistanis dead in apparent sectarian attack,“adding six more to the thousands who have been killed in the ongoing violence that plagues Pakistan. The see-saw fighting in Yemen’s troubled south leaves “Dozens killed in attack on Yemen army base.” And a few days ago “Hamas hangs three Gaza prisoners“.

Then there is Sudan, where a dictator remains entrenched after two decades of genocidal impunity. As again noted in a banner article on Al-Jazeera today “The most recent war raged from 1983 to 2005, claiming the lives of at least two million people and leaving another four million displaced.” These are not only the results of Cain vs. Abel dimensions, since there are also thousands dying a slower way through starvation and disease. Nigeria has sectarian violence; there is also a civil war unfolding in Mali.

During the recent Iraq war, a website was launched to keep track of the war dead; this continues every day, the latest count on April 9 adding up to 7+2+1+1+1+1+1, although that could double or triple in a single new bomb blast. The toll of death from political violence, terrorism and outright warfare is not confined to the Middle East; the bell in this case rings loud across continents, cultures and religions. Indeed, it has not stopped ringing since the fabled Cain and Abel.

It would be interesting to count up all the attributed casualties of all wars recorded in history, although that would leave out the vast number of unreported. Wikipedia provides a list of deaths from the most major wars, with the top killer designated as World War II (60-72 million people), followed by the Mongol invasions (estimates from 30-60 million). Recently the death toll of the American Civil War was ratcheted up to 750,000.

With a historical lens it is obvious that “war” or at least violence between groups of various sizes is endemic in our species; nor is it unique to humans. Even our closest relatives, the chimpanzees, are known to engage in brutal acts of violence on males in other social groups. Thankfully, “peace” or some way of resolving violent conflict is also endemic to human society, as it is to our great ape relatives. The fact that we all must die is a fundamental certainty, the hopes of Houdini not withstanding, so the ethical issue is not that human bodies decay and the consciousness within them disappears to nowhere or somewhere one might hope to be in an afterlife; rather it is how we die, especially when the body is otherwise healthy.

Now to the second point, one that has little consensual agreement except in the abstract. Why do we humans view the kill, rape and pillage of others as evil, while assuming that our own kill, rape and pillage is just or at least less evil? Christian crusaders, urged on by Pope Urban (supposedly the iconic leader of a religion reputed to be founded by Christ the pacifist) to take back Jerusalem from his infidels, were equal opportunity murderers, killing Jews and Eastern Christians along the way. Mongols killed devouts of Muslims, Hindus and countless others; then the leaders converted to Islam and continued to kill even their fellow Muslims.

Wars happen for various reasons, but the bottom line is usually related to territory and the resources that come with it. Humans kill for various reasons, but the bottom line is a devaluation of the value of human life as such. As good capitalists, most makers of arms and weapons manufacture these things to make money, with little concern over who might be killed by them. There are theories galore on the “why” and historical tomes beyond measure on the glory-via-gory “what.” Manuals have been written about “how” to make war and astrologers have long tried to predict the outcomes of “when” there will be war and “who” will win.

The study of war is mind boggling and at the same time an ethical mine field. The numbers of casualties are so vast that they numb us into complacency. But in the din and resonating over shattered bodies the one sound that never ceases is the bell announcing yet more victims, whether militants themselves or the innocent victims. For whom does the death toll toll, if not for us all. Thank you, John Donne, for your reminder of our common humanity.