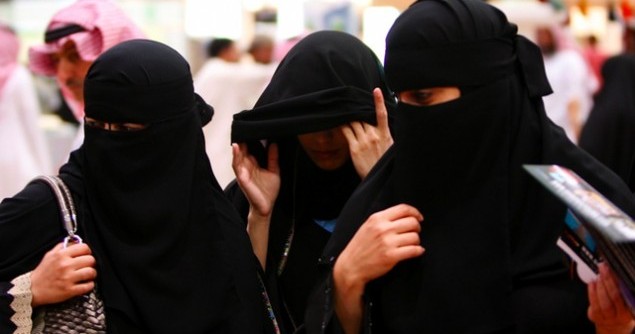 A blogger in Saudi Arabia has set off a firestorm by equating waitresses to prostitutes, Gulf News reports. For some Saudis, it is a self-evident truth that if men and women are in the same physical location, and not married, then sex must be going on. This, of course, says more about the individual making such observations than actual fact, but exemplifies the hill Saudi women will have to climb in order to earn a living and make their own ways in life. Government efforts to put women into jobs isn’t going to succeed until the government finds a way to change opinions about women and their place in the world.

Manama: A Saudi legal consultant has advised a group of local women working in a fast-food restaurant to sue a blogger for calling them “prostitutes.”

“Those who felt insulted by the tweet targeting their honour and dignity should go to the court and demand the application of the law dealing with IT crimes in Saudi Arabia,” Ahmad Al Muhaimid said. “The law is also intended to protect public interests, ethics and morals, as well as the national economy. The law thus criminalises assaulting or defaming people or targeting their private lives,” he said, quoted by local news site Sabq.

Anger swelled in the Saudi blogosphere after a blogger posted a tweet addressed to the labour minister.

“You should stop corrupting the society. We will be your enemies on Resurrection Day. Our women are now waitresses at Hardee’s in Jeddah,” the blogger posted.

However, a woman blogger blasted him for the remark.

“Being a waitress and doing an honest is better than begging or prostitution,” she wrote.

“A waitress at the beginning of the work shift, and a prostitute at the end. The frequent mixing of women with men leads them to sitting together easily and to dating.”
…

One Response to ‘Waitresses Are Prostitutes’: Saudi Media Firestorm