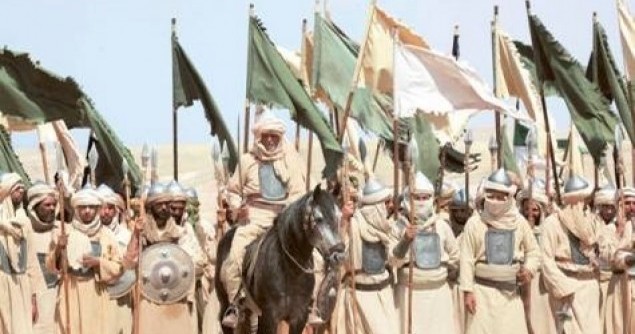 Saudi Arabia’s Al-Arabiya TV carries an interesting story about the philosophical dispute – which has descended into a ‘I’m holier than thou’ ruckus – about whether holy figures of Islam’s past can be portrayed by living actors in films and plays.

A Saudi cleric is arguing that it is entirely permissible as long as the portrayal is honest. What’s more, it’s not even required that the actor portraying a Muslim figure be Muslim.

The debate is centered on a TV series being broadcast this Ramadan by the MBC network (of which Al-Arabiya is a part). The series looks at the life of the second Caliph, ‘Umar ibn Al-Khattab, who extended Islam’s geographic reach to Iran, Central Asia, and Libya. ‘Umar, who succeeded Abu Bakr as Caliph, was considered the ‘architect of the Islamic Empire’. He is also considered, by Twelver Shi’ites, as a traitor to Islam and usurper of Ali’s rights to the Caliphate. How this matter is handled in the program could certainly be fuel to philosophical fires.

Professor of Islamic law at Saudi Arabia’s al-Qassim University, Khaled al-Musleh, lashed out at critics of the TV series depicting the life of Islam’s second Caliph Omar ibn al-khattab and accused them of agitation.

“The issue of impersonating the prophet’s companions has always been controversial with some scholars sanctioning it and others considering it prohibited,” Musleh was quoted as saying by the Saudi newspaper al-Hayat.

Musleh cited the example of prominent preacher Sheikh Abdul Rahman bin Saadi and who attended a reenactment of one of the prophet’s battles, namely the Battle of Badr, at the Scientific Institute of Riyadh.

“That was 50 years ago and he did not see a problem with that.”

Musleh also explained in an interview with al-Safwa TV channel that the crew of the series, currently aired on MBC, had every right to choose one of two stances on the impersonation of revered Islamic figures and act accordingly.