U.S Election: Muslims Help Get the Vote Out 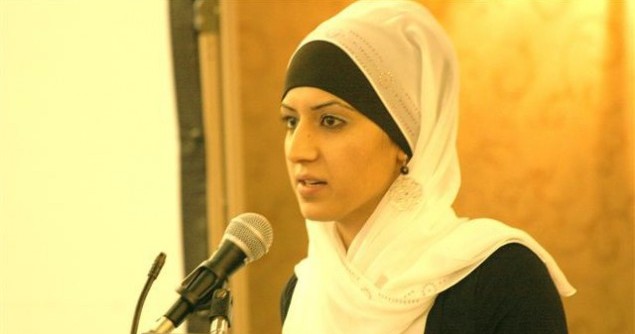 It is not easy being a Muslim woman activist in Tennessee. A bill to ban sharia, or Islamic legal principles, was introduced in 2011 in the state legislature (and ultimately overturned). More recently, conservatives criticised the governor for appointing Samar Ali, a native Tennessean and Muslim, to a top position in the international division of the state’s economic development department – some calling her soft on sharia.

Yet as a Muslim American myself, understanding these challenges motivated me even more to be engaged in the political process.

Tennessee is home to an estimated 63,000 Muslims, the majority of whom are eligible voters. Many of them moved to the state in the 1990s. They are a diverse group, and include Kurds, Somalis, Pakistanis, Bengalis, Afghans, Turks and African Americans; some are also converts to Islam.

Late last year, I helped found the American Center for Outreach (ACO) in order to ensure that political leaders hear Muslim voices and, more broadly, to challenge misconceptions about Muslim communities in Tennessee.

ACO is a Tennessee-based, non-partisan organisation that was established to inform, educate and empower Muslims to become engaged in society by providing the assistance and guidance the community needs. Our goal at ACO is to show that the average Tennessean can take part in the democratic process regardless of religion, race, gender or economic status. To do this, ACO aims to better connect the Muslim community and Tennessee government, while also supporting individuals in becoming catalysts for positive change in their own communities.

We also hope to change the Muslim community’s perception of the political system. Many believe that the system is inaccessible and their voice does not count. Our work has focused on educating them on the civic process and how they can get involved at each level. Understanding how the process works, individuals are more comfortable and empowered to speak for themselves on issues they care about. Organisations like ACO bring a proactive voice to public discourse, while at the same time peacefully defending our community in times of need.

My work at ACO has grown out of past experiences with community activism. When I was policy coordinator at the Tennessee Immigrant and Refugee Rights Coalition, together with other groups we were able to change a bill that would have banned sharia – which, after our efforts, was later re-written to contain no references to Islam.

When the Muslim community in Murfreesboro, Tennesse wanted to add a mosque to their existing Islamic centre, they were met with threats, vandalism and court action. Through the grassroots activism of ACO and other organisations, the mosque finally opened on 10 August this year.

To fulfill our mission and prepare for the state and national elections on 6 November, I spent the past several months travelling across the state, holding numerous forums, participating in meetings with community members and elected officials and giving presentations as well as trainings dedicated to raising the political consciousness of Muslims in Tennessee.

At times my work has been challenged by the heightened sense of fear and uncertainty caused by a climate of hate. We realise the best way to counter the trepidation in our community is to celebrate the progress that results from our work. That being said, we realise that Islamophobia is still present in our state.

However, I am in awe at how motivated and determined Muslim communities are to make an informed decision during this political season. Voting, in our community, is not just about challenging the present status quo, but is also an opportunity to improve the future, a future in which Muslims will be seen as an intricate part of the American fabric and engage freely in the civic process. As Tennesseans, it is important to remember that when one segment of our population faces discrimination it has ripple effects on us all. We are all interconnected and government policies affect the entire community.

We understand that political and civic engagement involves more than voter registration and voter participation. We at ACO are working to implement a sustained and active effort to help guide our community through the civic process, while simultaneously providing them with the voter education and empowerment that they need, regardless of their political affiliation.

ACO made a final push over the past several days to encourage all eligible Muslim Tennesseans to head to the polls this election to fulfill their civic duty. Regardless of the election results, one thing is certain: the Muslim community in Tennessee must have a continuous presence in state politics. Envisioning a better future is not enough. We, as a community, must be willing to play an active role in creating that future.

Remziya Suleyman is the Director of Policy and Administration with the American Center for Outreach.