Tunisian vs Egyptian Islamists: What Are Differences? 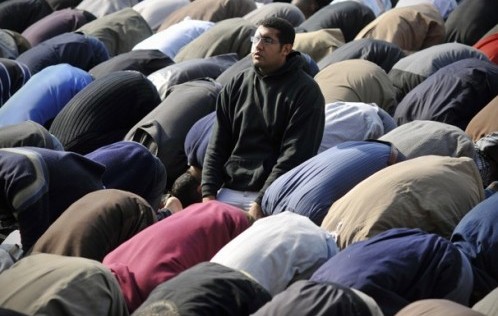 Hani Nasira describes the roles of Tunisian and Egyptian Islamists in those countries’ uprisings and transitions. Salafists have a considerably stronger presence in Egypt — where they formed parties and performed exceptionally well in recent election — than in Tunisia. Both parties have been forced to cooperate with other parties and factions, some of them non-Islamist. En-Nahdha in particular entered a coalition with left-wing and secular parties in that country’s constituent assembly.

What Nasira does not describe, perhaps for reasons of space or something else, is how the Tunisian and Egyptian socio-political contexts differ and how this contributes to producing rather different Islamist scenes and behavior in relation to both Islamist and non-Islamist elements. What kind of relationships to Islamist actors have with the masses and institutions in the rest of society? What structures their course of action? That en-Nahdha was pushed into a coalition with non-Islamist parties in Tunisia can easily be understood given how divisive religious issues are there; and how the diversity of expectations regarding religious politics in Tunisia differs from the Egyptian situation where Muslim identity politics leans in the favor of the major religious parties somewhat decisively.

The Tunisian tradition of official state secularism also differs qualitatively from Egypt’s (as well does the overall conversation about religion), and there is a comparatively large element which is comfortable with excluding religion as such from public life which pulls the politically active religious trend more to the center of things and it also means there is more popular contestation between the religious and secular tendencies over the larger picture as compared to in Egypt.

Non-Islamist parties performed much better in Tunisia than in Egypt, and the average Tunisian is probably in somewhat of a different place politically from the average Egyptian in how he views Islamism and Islamists more generally, even accounting for class and regional variation which are quite acute. Islamists and secularists ‘get away with’ certain things in Egypt which they cannot in Tunisia and vice versa.

Some Tunisians voted for en-Nahdha not out of ideological solidarity but because they felt the other parties were too obscure or arrogant or shallow or the like — protest votes, which one heard about when so many Algerians voted for the Islamic Salvation Front in 1991. But because of the way the electoral system was arranged there was the problem of ‘wasted votes’ and the actual returns for en-Nahdha might have been somewhat understated in the final election results. The Salafist trend differs considerably in the two countries, both in their numbers and their attitudes toward elections. The number of their parties in Egypt is truly impressive. What accounts for the vast numbers of Salafists in Egypt and their ideological and political diversity of Salafist parties there in comparison to Tunisia?

In any case, with all the ink let out over how well Islamists have performed in recent elections, it is worth looking at how these parties got to where they are in political context — what regulates their electoral performance and popular appeal, internally and externally, socially (in official and non-official ways) and  both at the elite and mass levels.