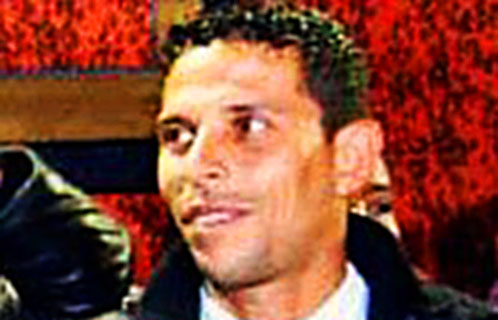 Modern history has been changed by men who chose to demonstrate against repression by taking their own lives in the most painful way I can imagine. The one I remember from history at school, and an abiding image of the ’60s, was the Vietnamese monk Thích Quang Duc, who burned himself to death to protest the oppression of Buddhist monks.

In 1969, Czech student Jan Palach (the couplet above is from Stranglers’ bassist JJ Burnel’s ‘Euroman’ solo album just in case you wondered) set fire to himself in front of the Russian tanks as they rolled into Prague, bringing winter back to the Prague Spring. I visited his memorial and it did make me terribly sad.

Palach died in January – the same month as Mohammed Bouazizi, the Tunisian street vendor whose act of final desperation was to lead to the overthrow of the government. You’re reading this because I was listening to the radio yesterday and heard the presenters mispronouncing his name, ‘That Tunisian chap, you know, Booazzi or something.’ It seemed odd to me that anyone living in the Middle East should be unaware of this man and why he was driven to do this to himself – particularly given the consequences of his action.

I find it hard to even think about what would drive a man to contemplate the act – the acrid stink of petrol, vapour shimmering, a scratch and whiff of phosphorous. The lazy whoomp of the flame. How could anyone with a shred of imagination even contemplate doing that to themselves? And yet Bouazizi was not to be alone – like Palach, his act has inspired others to follow the same course. There has been a spate of copycat immolations around the Middle East, five in Algeria, one each in Mauritania and Saudi Arabia and four in Egypt. In all, four of these people have died.

None of these men is likely to be remembered beyond a family’s grief and a listing in the obsessive Wikipedia list of political self immolations (it’s here – an odd list of lost causes and forgotten martyrs). But Mohammed Bouazizi, like Jan Palach and Thích Quang Duc, changed history. Uniquely, he is the only man to have directly caused a government to fall by taking his life in this way.