Time To Celebrate the Hidden Gem That Is Amman 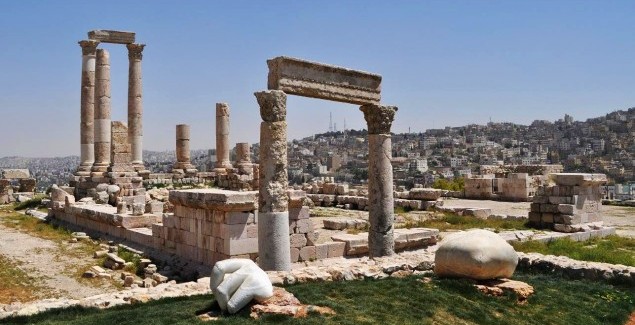 When I returned from Jordan, inivitably, people asked me if I enjoyed my holiday, and what my highlights were.

“Oh, you went to Oman too?” They would ask. Why is that, do you think? It’s because the only place anybody seems to hear about in Jordan is Petra. Many even seem to think the Dead Sea is entirely in Israel.

Jordan is a particularly underrated tourism destination, probably due to a non-existant travel advertising budget (although USAID has come to the rescue in a small way). Wadi rum is known to adventure tourists by now, but information available on the web needs a complete overhaul for the less rambunctious to take a dive in, especially overnight.

Amman online tour guides are generally bland, and many will find the information provided at the destination are the same. They talk about the Roman theatre, tell you the Four Seasons is the best hotel to stay, and then suggest you get out and travel to Jerash, Ajlun, a string of desert castles, Madaba and the Dead Sea. But I wanted to stay IN the city. And there is so much to see in and around Amman.

For lovers of food, there is one place you must go – Rainbow Street. It stems off a roundabout of chaotic traffic both morning and night, and winds its way past dodgy bars, dark and grungy eateries and trashy clothing stores. The road itself is cobbled as perfectly as a covent garden square, not by the ancient Romans, but by Jordanian road workers of the turn of the century (this century, not last). As you climb the hill, you will be enlightened by a turn in the scenery – brighter establishments in all senses of the word.

At the top of the hill the sun shines, and you will find toasty, savoury falafel in cloud-like pillows of pita from Al Quds at .50JD a pop. Just have one for morning tea (they run out in the afternoon), as there is much to eat at other places. Try Sufra Restaurant for lunch if you are feeling glam, or Hashem if you’re not. Although Hashem has the history, Sufra is an oasis of lah-de-dah Levant royalty with food just as elegant as the restored Victorian/Edwardian interior and bubbling courtyard. It rivals the famous Fakr El-Din, which should be reserved for night, so you can see the glass-house foyer in all its glory (and drink Arak, as we did)

For afternoon coffee or tea, try Duinde or Turtle Green Tea Bar – polar opposites – the former prettily hippy and artisan with reclaimed furniture, art for sale and a sunny corner position to watch the world drift by from. Turtle Green is sleek and contemporary, but with the typical Rainbow St quirk. Modern, but definitely not establishment.

And when it’s time for sundowners, head to the overdone and awkwardly named [email protected] It’s probably seen its heyday, and the young and pretty things are starting to move elsewhere, but it still has a gnarly interior, fairly good music and panoramic Amman nightlight views from the terrace. If you like a grittier, local scene, try Las Tapas, off the other end of Rainbow St, for cheap share plates, a heady atmosphere and live music.

On Fridays when weather is warm, you will find the Jara Souk (a decent blog post with pictures here, and official site here). It follows Rainbow Street’s lead, keeping items kooky, hand-made and unique. It’s a flea market, and although small in comparison to many in France, is their equal in the likelihood of treasured finds.

Close-by is the trade hub of the city, the section of the downtown area called El Balad. Here you will find the more tradiotional markets, fruits and vegetables and the spice souq (lovely panorama of a spice store here). Wander between the Roman amphitheatre and the lanes off Koraysh and then towards the Abu Derwish Mosque for an afternoon of treating the senses – finishing in front of the mosque and taking a breather while gazing over the undulating hills and lego-like towers that make up Amman.

If you have more time, get in the car and head north east towards the traditional capital, As-Salt (also called simply Salt). It’s a photographer’s dream of narrow alleys, serpentine stone stairs and lofty washing lines. Sherry Ott has captured much of it beautifully on this site. There’s not much to do in Salt apart from wander and soak up pieces of unwritten history, but that’s enough for me. Unfortunately it was not enough for my children, who dragged me swiftly out with pleas for the Four Seasons pool and freshly squeezed mango juice from the bar.

In the hills behind Salt, you will find (or may not find, as roads are narrow, forks are many and signs are few), Mountain Breeze country club. Don’t be swayed by its drab name – it’s not what you would expect. It is in fact a paintballing park, adjoined by a restaurant, garden and picnic area that is awash with as much colour as the battlefield, and a vision something between the Dalmatian hinterland and a scene from Captain Corelli’s Mandolin.

The paintballing creates an odd experience, and for one untouched by war as myself, I wonder if many could stand the rattattatt of machine-gun fire while dining, which although subtle would be a sour reminder of other nearby regions and times of conflict. The resort resides atop a hill surrounded by scores of other bumps and troughs covered in creaky old olive groves, fields of vegetables, chalky rocks with goat herds above them and even the occasional cypress. The food is excellent, simple and cheap. But if you don’t like that kind of thing you can always bring your own in and dine at the picnic tables (despite a sign declaring ‘No outside food’, many were doing so). It really needs to serve beer with that view though…

And when you are ready to head to bed, stay at one of the cheapest Four Seasons Hotels in the world (Cheap for Four Seasons, I said, not just cheap). It was one of the most efficient, safe, friendly and well appointed hotels I have ever stayed in. Rooms are modern and large, connect for families, and there are both indoor and outdoor pools.

Dining is good (although you really should eat out and see the rest of Amman),  and there is a very atmospheric bar, aptly named ‘Square Bar’ as it is a square, but also has a gorgeous pompous colonial feel that I haven’t experienced since staying at the Hill Club in Sri Lanka. The kitchens and in-room dining team deserve special praise for their assistance on finding items suitable for our Gluten-free and Casein-free kids.

But back to the beginning. Why do I think I could live in Amman? There are many places that are wonderful to visit but you’d never want to live there. Tax and weather are issues in London, smog and space in Hong Kong, a total lack of real-life support in the Maldives. But Amman has beauty, character, four seasons (weather, not just the hotel), a bustling community, empowered youth, a respected ruler, magnificent countryside and soul – one hell of a lot of soul. It’s a free city that speaks to you if you let it, and I’m looking forward to another visit soon – very soon.