Time for GCC Citizens to ‘Walk the Walk’? 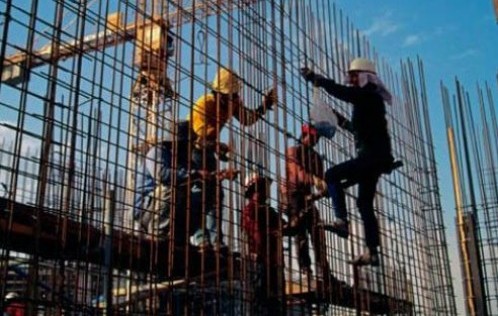 Saudis are considering establishing limits to the amount of money expats can send out of the country.

“Many residents live here for the pure purpose of making as much money as they can and sending as much of it back home to their families as they can. That money isn’t being used to stimulate domestic economic activity,” said Jarmo Kotilaine, NCB chief economist in Jeddah according to a recent Arab News article. The government is afraid that if oil prices go down, the amount of money being sent out of the country could destabilize the economy.

In an Oct. 22 television interview, Labor Minister Adel al-Fakieh said that the Labor Ministry was “preparing a monitoring program aimed at reducing the huge quantity of transfers of foreign workers.”

Apparently the hardest hit by this program will be the lowest paid workers who don’t make enough to bring their families with them to the KSA and must therefore send money to their respective countries to support them.

Of course, the Labor Ministry designates the culprit to be the lack of Saudization which has been blamed on cheap expat labor in the private sector. To remedy the problem, the ministry has recently implemented sanctions and penalties against employers who fall under the government imposed quotas.

Many of the measures implemented lately to re-align the failed vision of Saudization and substantially reduce the Saudi dependence on foreign labor appear to take the public view that the expats are the underlining cause; although tacitly officials acknowledge that, as in most GCC countries, national unemployment problems are systemic to the indigenous population and its cultural disposition towards the value of work and education.

Appearing to be proactive by making the situation more difficult for expat laborers may be the latest craze among GCC bureaucracies, but taking away the main reason people come to the Middle East to work can only make a manageable situation exponentially worse.

Most expats would be more than happy to spend money they’ve earned in Saudi if they were allowed to own property and businesses without Saudi sponsorship. Though wrestling with some xenophobic elements within their own ranks, the US and Great Britain will readily admit that they owe their prosperity to the brains and labor of foreign peoples who migrated to their lands for a better life.

Making money in a place that you must eventually leave doesn’t promote economic investment, quite the opposite. It is like asking the waiting passengers at a train stop (in a foreign country) to invest money (outside the price of the ticket) to buy the equipment and furnishings for the station. It is an entirely different matter if the train station is near your house and services your community.

In addition, GCC countries like Saudi Arabia, have to muster the political will to make hard choices and design programs that really teach the ethics and intrinsic and personal values necessary to compete in a global market. This requires studies and experts (sociologist, psychologists, cultural anthropologist, etc) who know how to address the problem and not the business men everyone in the east and west are using plan their social engineering.

“Children don’t learn to walk until they have to. A child who gets carried all the time will never learn to walk,” a professor of Education once told me. Maybe it is time for GCC governments to make its citizens ‘walk the walk’ and really earn their current entitlements of education, housing and social welfare through their employment…

One Response to Time for GCC Citizens to ‘Walk the Walk’?