‘Thug’,’Infiltrator’: ‘What Do These Words Mean To You?’ 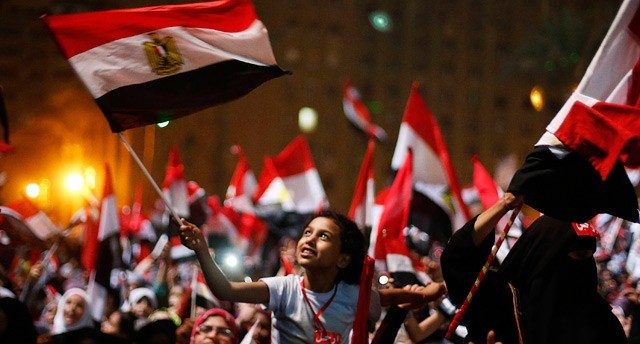 In the next several months, Egyptian-American artist and writer Amira Hanafi will travel throughout Egypt, interviewing a diverse range of people for a book to be called “Dictionary of the Revolution”:

Hanafi will use what she calls “revolution vocabulary cards” to spark stories and personal anecdotes. The vocab cards feature “words and phrases like baltagiyya (thugs), killa mondessa (a few infiltrators), and kintaki (KFC),” and Hanafi hopes these “will prompt interviewees to share their ideas about the meanings of those words, their context in the 25 January Revolution, and their origins in contemporary Egyptian history.”

Hanafi says that the idea for the project started to germinate in March of 2011. She grew up in an English-speaking household in the US, so she was still learning to speak and understand Egyptian 3meya when she moved to Cairo. In the spring of 2011, she said, she was “informally getting my Arabic lessons in Tahrir Square and in the ahwas in downtown. I was constantly asking people, ‘What does that mean?’ I used to take home flyers that were handed to me in the Square and translate them in my spare time. So this put me in this really strange position to be learning the vocabulary of the revolution before I could say basic stuff like ‘I’m thirsty.’ And I found out that this strategy of asking people for the meanings of words and phrases often led to really rich, interesting conversations.”

This led to the idea of the book, which Hanafi aims to complete by summer 2014. It will be organized as a dictionary, with entries for each of the “revolution vocab words.”

Hanafi’s training as a poet will likely influence the structure of the project. She wrote in an email correspondence:

“I think my training as a poet and my continued relationship to poetry are part of a broader interest in language as a material. I’ve been really influenced by some of the conceptual work being done in the contemporary American poetry scene, as well as by conceptual and socially engaged art. I also was influenced by learning to read the Qur’an in Arabic at a really early age, without being able to speak or understand the language. But identifying as a “poet” was never a limitation for me. I broke with the formal training I had pretty early on, and I’ve made visual and video and sound poetry, and a lot of works that deal with language as a sculptural material.

Ultimately, what I got from studying poetry and writing it is precision. I’m very concerned with things like using the right word, creating rhythm in a text, clarity and using the fewest words possible to describe a thing. Those are definitely concerns that will shape the way I put together this book.”

Hanafi says she won’t change any spoken words provided by the people she interviews, but she will cut and paste them together to create a multi-layered story of the revolution, from the vantage point of multiple perspectives.

When I asked what she meant by “revolution,” she pointed the the time period beginning January 2011 to present. “But the project doesn’t take any specific time period as a limitation. I’m asking participants in the project to do the defining of the words[.]“

The book will be printed in both in the original colloquial Egyptian Arabic and its English translation, although Hanafi is not yet sure if it will be one bilingual text or two separate editions.

The Arab Fund for Arts and Culture has funded the costs of printing the book, but Hanafi is currently fund-raising for travel costs and other project expenses through the Kickstarter crowd-funding website.

More about the project & information on how to donate:

One Response to ‘Thug’,’Infiltrator’: ‘What Do These Words Mean To You?’