Thoughts of a Pilgrim: Always a Second Chance 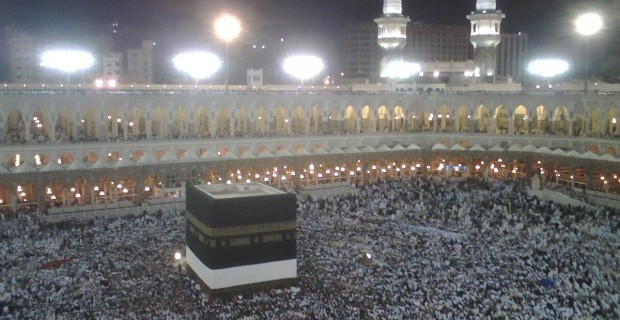 This is the text for my Pause For Thought that was aired this morning on BBC Radio 2 on the subject of ‘Second Chances.’

You can listen to the audio if you are in the UK for the next 7 days.

Last week the British Museum opened an exhibition about the hajj the Islamic pilgrimage. It‘s believed to be the first ever of its kind, showcasing historic artefacts collected from around the Muslim world which depict how integral this journey is to the global Muslim population.

Mecca of course has religious significance for Muslims as the place towards which Muslims pray. It is the destination for the journey of a lifetime. But more than this: taking part in the hajj gives pilgrims the chance for a fresh start, to wipe away the sins, the regret, the remorse and the hurt we so often carry with us for years.

Although it’s the iconic black cube called the Kaba which springs to mind when speaking of the hajj, it is in fact the desert known as Arafat which marks the turning point for pilgrims. Here under the fierce afternoon sun in the barren sands the pilgrims will gather to pray for purification and forgiveness. This is where redemption is granted.

As afternoon gives way to dusk, they move forward to the next stage of the hajj, ready to begin their second chance. All the troubles and peccadilloes are wiped clean. There’s a palpable lightness of step in the feet of the pilgrims, an excitement at beginning life anew. Even the white clothing that all pilgrims wear is a public display of starting again.

When the pilgrims return home, they’re greeted by the whole community who present them with garlands of fresh flowers. In Muslim countries even ministers will go to the airport to greet the returning hajjis. This is because the entire community recognises that these people have been given the opportunity for a second chance. This becomes a public celebration, to rejoice in the chance to start afresh.

We don’t need to wait for an epic once in a lifetime event to give ourselves a second chance. We too can spend time thinking about how we will move forward, unshackling ourselves from our previous burdens, and releasing our regrets.

We must look forward just as the pilgrims do in the hajj, rather than looking back. Like the pilgrims, realising we are not alone in this quest gives us strength.

Most importantly, just as the pilgrims embrace the opportunity for a second chance, we too can be kind to ourselves and offer ourselves the chance for redemption.