‘This Is Not A Time for Fiction’: Arab Novelists’ Crisis 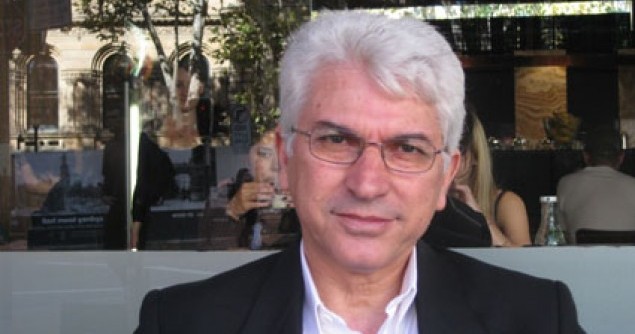 Many thanks to Max Weiss for translating this excellent interview with novelist Nihad Sirees for Jadaliyya and for bringing it to my attention. It was originally published in Al-Safir as “Nihad Sirees: I am with fundamental change but I am afraid of revolutions.” In it, Sirees — who recently decided that he must leave Aleppo, Syria – agrees with Ahdaf Soueif about it not being a time for fiction:

Creative writing is stalled today. Not just for me, but for many other writers. The imagination withdraws to an interest in tangible reality. The superstars of writing today are those who write articles about “the events in Syria” or “the Syrian crisis” and, finally, “the Syrian revolution.” People have come to prefer reading posts on Facebook, the latest breaking news, or even a rumor to reading a story, even if its subject matter is the revolution. People are nervous about the country, about reality itself. They rush to read any article analyzing or interpreting what is going on.

The best thing one can do is to be brief, and to cast some light on what is happening. I have written some stories and conducted a few interviews about the revolution, publishing some of them here in Egypt. When I posted one or two of them to Facebook, I noticed that this is not the time for imagination but for analytical and journalistic talk. Moreover, the matter concerns me personally and so my mind is now consumed by the latest news story and by trying to understand what is happening and by predicting what is going to happen much more than literary or artistic creation.

Sirees also talks about his novel, The Silence and the Roar (2004), which is being translated by Weiss and will isA come out from Pushkin Press in January of next year. He said:

It observes the phenomenon of authoritarianism. I diagnosed it and wondered about its origin. I purposefully made fun of the dictator in order to participate in tearing off his halo of veneration and then to topple him. Publishing that novel was an act surrounded with danger but I was not worried because that is my role as a writer. Some of those who read it knew how bold it was. In fact, a diplomat who knew Arabic well asked me whether the men of the regime even read literature in Syria! But I never sent it to Syrian publishing houses, which I was supposed to do first in order to get official permission, sending it straight away instead to Dar al-Adab (in Beirut), which published it without any hesitation.

The novel has attracted attention in a number of different countries and languages, and Sirees read an excerpt in German translation at a recent Swiss literary festival. However, when the Syrian official news reported on it:

The broadcast by the Syrian state news agency about my reading reported I had read selections from my novel, State of Passion, which is completely different in subject matter. That novel looks at a situation of female-female love in Aleppo. I think that the news agency, as usual, wanted to say that everything in Syria was fine and that our esteemed writers continue to be interested in matters of love.

Sirees also talks about the relationship between artist and regime, which is interesting to think about with any sort of regime or government, and any sort of artist:

Furthermore, the regime provided huge subsidies for art, especially television drama, and it became concerned with the interests of artists. So its representatives forged friendships with them. A large proportion of those who work in this sector are close to men of the regime and the security apparatus. Intellectuals in Aleppo are no different from their counterparts in Damascus but as a result of the shrinking cultural and artistic voice of the city, you do not hear their opinions clearly. I understand you are referring to one writer in particular who worked after March 2011 to implement the policies of the regime, a writer for whom the regime had done huge favors and now he had to return them. Generally speaking, this is how the regime functions.

A translation of Sirees’s حالة شـغف (here called A Case of Passion, here A State of Passion) both times by Khaled al-Jbaili.

Sirees’s twitter feed (@nihadsirees), often in English, mostly news links of late, as you might expect from above.

The Silence and the Roar: