There’s Something About The Mary Initiative 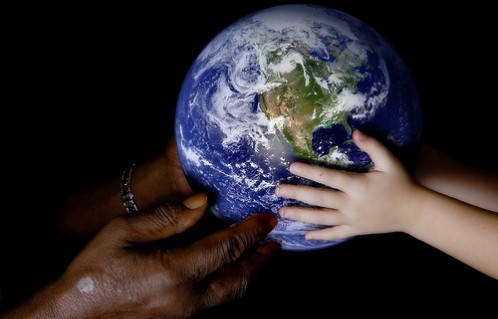 Earlier this week I was invited to a late-night soirée. The evening was held at the invitation of an organisation called “The Mary Initiative” that uses Mary – or Maryam in Islamic terms – the mother of Jesus, as a springboard for peacemaking and conflict resolution. What better way to come together than by connecting through the most famous mother in history, asks the organisation. No matter how different we all are, even people in the mafia (so the adage tells us) love their mum.

Why had no one thought of this idea before? It’s genius.

This initiative is designed for Muslims and Christians to come together and connect: not by comparing theology or doctrine but by connecting hearts. Mary, the mother of Jesus, is central to both religions. But this discussion was not about Jesus, but entirely about the role of Mary, her meaning and her status.

“It’s incredible to hear these men talking about how important Mary is,” exclaimed our facilitator. The magic of the conversation is that the point of departure is a shared person. And what makes it more powerful is that it is a woman, something deeply unusual in a time when dialogue and peacemaking is usually conducted by men who dominate the positions of power, whether it be in politics or religion.

Nearly all of us had tiny babies, and so the conversation inevitably turned towards Mary as a model of motherhood. The Quranic description of the excruciating pain she experienced at childbirth, the gossip at her predicament and her fortitude in the face of social disgrace were subjects that brought us closer to Mary and her humanity. One of the women had named her daughter Maryam. Surprisingly, Maryam is now in the top 100 names for baby girls in the UK.

Our conversation was filmed, and would be shown to Christian women so they could hear our views first hand. But after a while, the departure point for our discussion was quickly forgotten.

With tea and cheesecake to fuel the conversation, we debated late into the night, like carefree students. Who are we? What does womanhood mean today? What is our place in the universe? It was liberating. I realised that in the daily grind, I had little time or impetus to debate, explore and test out ideas.

The night’s conversation was much more raw than activities such as reflection or evaluation, both of which are very measured and task-orientated. This was about looking afresh, from a different vantage point, to see whether the truths we hold about the world were still valid.

The discussion around Mary would still have held potency even if it had involved women of other or no faiths. That’s because despite the reduction in value of motherhood in today’s consumerist world – where a person’s value is measured by their financial contribution – we all know that motherhood is not a commodity.

Every activity, policy decision, or initiative today is measured by politicians in terms of economic loss or gain. But if you ask people who was the most influential person in their lives, their mother often tops the list.

The Mary Initiative has hit on something more powerful than it realises. It opens the doors to dialogue with others. At the same time, it opens an inner door to realising the soft power and influence of women, and the way that their voices continue to guide us throughout our lives. There’s no way you can put a price on that. With these thoughts, I left the evening thinking there is definitely something about Mary.