“There Are Many Ways to be Muslim”: Varied World 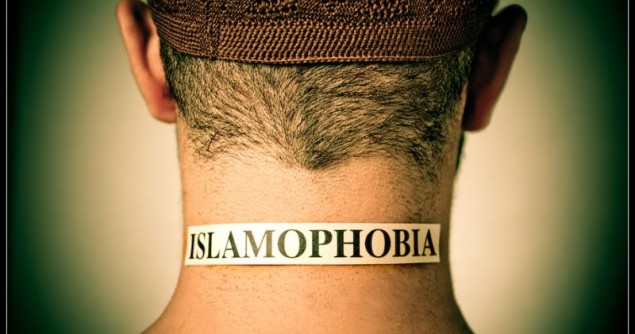 There are 1.8 billion Muslims around the world; of course they are heterogeneous. And yet the myth of the violent Muslim monolith persists with a vengeance.

This myth is one of the targets of the current Islamophobia Awareness Month in Europe.

In my mind there is a clear link between negative portrayals of Islam in the media and hate crimes against Muslims. Portraying Muslims as all the same creates a stereotype; when the stereotype is negative, violence becomes easier.

However, there is also a similar and equally corrosive idea, in certain sections of the global Muslim community, that pushes for unwavering uniformity.

This growing movement holds that there is one and only one way to be a Muslim. Any Muslim behaving in any other way – even ways accepted by the heterodoxy of the broader Muslim world – is seen as a legitimate target for correction, sometimes forcibly.

Of course, we all have the right to believe that the way we choose to live and practise our faith is the right way. It would be baffling if we didn’t. But inherent in Islam, based on the Quran and Islamic tradition, is that there is diversity, as well as inclusivity and respect.

Take the recent case in Indonesia, where the homes of Shia Muslims were burnt down, and where they were forced to sign statements that they will be converting to the “right path”. This forced Islam is not the Islam I know or accept, and I suspect it is alien to the majority of Muslims who see their religion as compassionate and the ummah as welcoming of diversity.

Such intra-Muslim prejudices extend to launching attacks on the “wrong kind” of mosques, or destroying heritage sites in the name of avoiding “shrine worship”. Schools are burnt down on the ludicrous, incorrect claim that educating girls is against Islam.

Sometimes it is simple verbal harassment. Sometimes it’s not being the wrong kind of Muslim but having the wrong ethnicity. Let’s not even begin on the endemic intra-Muslim racism.

Aside from raw violence, there are also subtle persisting prejudices against “lower class” Muslims. And people who have converted to Islam are somehow seen as being of “lesser” value because they are new to the faith.

Muslims in Bangladesh refuse protection to Burma’s persecuted Rohingya Muslims, seeing them as “other”. And too often around the world, Muslim women are deliberately stripped of their rights and persecuted. The attack on young Malala Yousufzai is an iconic recent example.

I see no moral difference between Islamophobia – that lumps together all Muslims based on the identifier of their faith – and the virulence that points fingers at others within the ummah, preaching violence and hatred against them.

Next week I will be giving a speech in Denmark about the idea that there are many ways to be a Muslim. As someone who worries about the growth of anti-Muslim hatred, especially on a continent that pledged “never again” about genocide, I find that speaking in the home country of the controversy about cartoons seems both apt and ironic.

To me, the problem of the cartoons was not about offending Islam, but about the fact that respect and tolerance of others is valued less than the right to offend. There are many ways to be Muslim, and we must understand and respect that.

If only the Islamophobes, and Muslims too, could accept this.

One Response to “There Are Many Ways to be Muslim”: Varied World