Therapeutic Value of Insults: Getting It Off Your Chest 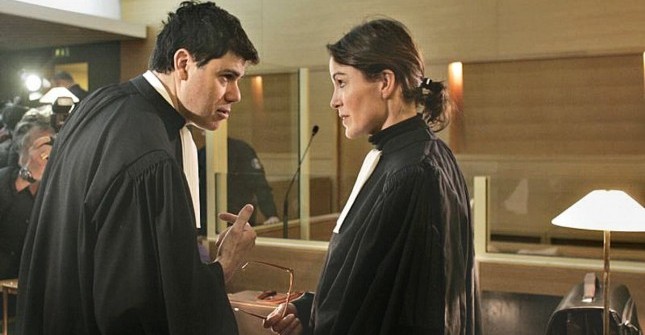 An amusing piece from Imane Kurdi in Saudi Gazette…

She writes about the discovery of a list of people deemed to be jerks that was posted on a wall of an office run by a union representing many French judges. This, dare we say, has caused a bit of an uproar in the French media. But, she writes, there may be therapeutic value in writing down the names of those that irk us.

There is therapeutic value, but what soothes one may rile another. Judges are expected to show discretion, as are those who represent them. So, bad idea here.

Had the list been kept quietly and out of sight, though, its therapeutic value would have prevailed.

What she finds most useful to remember is that French society can withstand people tossing insults around. Even the head of state is not protected from the verbal wrath of the people. Yet, he does not imprison those who insult him; mobs don’t form on the street to ‘protect his honor’. That’s a lesson that’s important to learn and to remember the next time an insult floats across the airwaves or the Internet.

At first I thought it was hilarious. The French Syndicat de la Magistrature, a union representing around a third of French magistrates, has been found to host what it terms a ‘wall of jerks’ in its Paris offices, a whole wall where names and photos of ‘jerks’ are pinned up for all to see, some with added annotations.

Members are encouraged to add to the wall but a sign reminds them to “please check before you add a jerk that he is not already there.” I found it all the more entertaining that the authors of this rather infantile prank were judges, those ever so august arbitrators of justice were shown to have a sense of humour, albeit a rather poor one.

The French expression used is the wall of ‘cons’. This short word is essential for anyone who wants to spend time among the French: They use it a lot. The literal translation is in fact anatomical and refers to a part of female genitalia, but its everyday usage covers English words like idiot, jerk, moron, and so on, going to stronger language depending on the context and the tone in which it is used…

That a group of people should dedicate a whole wall in their office to naming and shaming all the idiots they encounter is kind of reassuring, at least on first impression, don’t we all get exasperated every day by people who just behave like total jerks? So I thought, give it a try, create your own wall, not in my office but on a computer screen, name and shame, surely it must be very therapeutic!