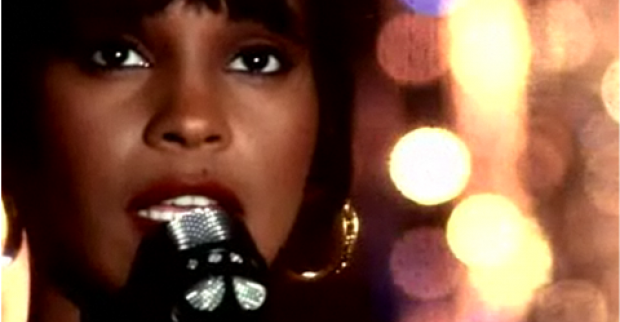 Whitney Houston’s tragic death on Saturday was a global event, because of the enormous popularity of American popular culture. Houston’s music was played worldwide, not just inside the US. In the Arab world, many stations mix Arabic pop music with American, and Arab youth of the 1990s grew up with her. Her film roles, in The Body Guard, Waiting to Exhale, and The Preacher’s Wife, also brought her to the attention of Middle Eastern movie-goers. (The Bodyguard is a bad film, but it grossed $410 million outside the United States. It is after all a depiction of American glamor, and an inter-racial love story, and has a sound track that produced one of the greatest hits in music history.) The beauty of her voice and her dynamic stylings influenced many Arab pop singers.

Houston was also idolized as a person of color who broke through barriers. She was the first African-American on the cover of Seventeen, and her 1994 tour of post-Apartheid South Africa meant a great deal to that country, and to its president, Nelson Mandela.

Houston’s death was front page news in many Arab dailies, and elicited an outpouring of grief from her fans. Arabic newspapers said that the suddenness of her death magnified the shock. Her passing was also commemorated in Arabic on Twitter and Facebook.

Yemeni political activist and dissident Hind Aleryani ( @Dory_Eryani ) tweeted, “When I was a teenager in my room in #Yemen wondering what’s love, #WhitneyHouston was the voice that introduced Love 2 me #IWillAlwaysLoveYou.”

This recollection is a powerful reminder of the reach of American popular culture, and its influence in shaping ideas about, e.g., romantic love in the global South, including the Arab world.

The tragedy was marked in Beirut, the center of Arab pop music. Haifa Wahbiimmediately tweeted that the world had lost a music legend. Elisa tweeted from Istanbul that she was floored by the news, and that she sent her condolences to Houston’s daughter and to her fans. In Egypt, Khalid Salim simply put up her picture with an electronic frown.

Egyptian director Khalid Hagar went political, expressing his grief that Whitney is no longer with us, but Egypt’s military dictators still live. “We will always love you, Whitney, and we will always hate them.” Houston thus stands, for this supporter of the Arab Spring, for beauty and potential cut short.

Houston’s meteoric career made her part of what Joseph Nye has called American “soft power.” The love of world publics for American popular culture translates into favorable views of the US among many people who otherwise would be tempted by anti-Americanism. Nye cautions that the militarism and torture of the past decade threaten that soft power, creating a negative image of the US in the place of the one creative artists often project to the world.

Whitney Houston was loved globally because of her artistry, which shone through despite the debilitating pain in her soul, a pain that drove her to seek solace in a fatal remedy. She achieved that hardest of all things, despite her demons, of touching the whole world. Americans have to decide if they want to be known by the Guantanamo prison and by drone strikes, or if they want to be known as contributors to the human spirit and celebrators of love. Of which American politician would an Egyptian director say, “we will always love you”?