“The True Face of Islam”: So What Is It? 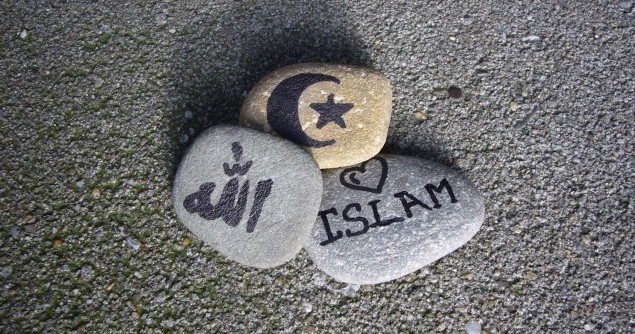 “It’s a clear command of Shariah that any female that by any means plays (a) role in war against mujahideen (holy warriors) should be killed. Malala Yousufzai was playing a vital role in bucking up the emotions of Murtad (apostate) army and government of Pakistan, and was inviting Muslims to hate mujahideen.” — Tehreek-i-Taliban Pakistan

Excuse me, but how does anyone justify killing a 14-year-old girl?

Malala Yousufzai, the young Pakistani middle-school girl shot in the head last week by a TTP gunman because she wanted an education, probably didn’t think of herself as a courageous activist. The world cast her in that role and it almost killed her. Now she lies in a Pakistan hospital clinging to life.

She brought attention to Taliban military operations that left hundreds of girls’ schools in charred ruins and the terror campaigns to keep girls from getting an education.

After the shooting, Prime Minister Raja Pervez Ashraf described Malala as “true face of Pakistan.”
But what is the true face of Islam? Will Muslims allow the TTP to interpret Islam in their twisted way and present it as its “true face?”

In its statement, the TTP said, “If anyone argues about her young age, then the story of Hazrat Khidr in the Qu’ran (states that) while traveling with Prophet Musa (he) killed a child. Arguing about the reason of his killing, he said that the parents of this child were pious and in the future he (the child) would cause a bad name for them.”

The TTP rationalized Malala’s attempted assassination by offering the Sunnah about Hazrat Khidr, who in Islamic history is considered a righteous servant of God possessing immense wisdom and mystical powers. It’s an affront to Muslims for self-appointed guardians of Islam to suggest that they possess the same wisdom and righteousness as Khidr. It’s also an insult to imply that they see the future and have direct communication with God.

Muslim organizations worldwide are seeking anti-blasphemy legislation in the West to protect all religions. Yet the TTP, Al-Qaeda and like-minded extremists are immune to the consequences of blasphemous behavior even as they employ pretzel logic to justify murder.

By generalizing and taking out of context verses from the Qur’an, extremists are no better than non-Muslims committing blasphemy. I, like most Muslims, bristle at the suggestion that I must defend Islam to non-Muslims because of the acts of individuals who apparently cannot read, write, nor have the wherewithal to find a reputable sheikh who can teach them the Qur’an and the Sunnah. Yet I am left with the nagging doubt that my refusal to stand up to gangsters has put people like Malala in danger. It stands to reason that if one is insulted over denigrating depictions of Islam by non-Muslims, one should be equally offended by the distortions of the Sunnah by Muslims to excuse their crimes.

We are witnessing courageous Muslims who have no tolerance for people hijacking Islam. Muslims worldwide condemned the 9/11 attacks in the strongest language possible, albeit those condemnations were under-reported in the American and European press. And more tangible efforts to fight intolerance can be found in Saudi Arabia, which has experienced remarkable success in its rehabilitation and deradicalization program of returning extremists to true Islam. The program has only a 10 to 15 percent recidivism rate.

More recently, thousands of Libyans crowded the streets of Benghazi to protest radicals’ killing four Americans, including Ambassador Christopher Stevens, at the US Embassy. Pakistanis have held demonstrations throughout Pakistan to voice support for Malala and condemn the Taliban.

A window has opened for the government of Pakistan, which appears to have growing popular support to crush militant organizations that disgrace Islam. The Pakistan Army is eager to avenge the shooting given its claim that it chased the Taliban from the Swat Valley in 2009.

Yet Malala’s attackers stopped the bus taking the girl and her 15 classmates to school in the center of the valley’s largest town of Mingora. Since the TTP appears to operate with impunity, it’s unlikely that the army has ability to wage an effective offensive, although under the chaotic circumstances in the region, the Pakistan government is doing the best it can. The true test for Pakistan is to stabilize the Swat Valley and create a deradicalization program similar to Saudi Arabia’s project. Pakistan also must put pressure on clerics to condemn violence in the name of Islam and to recognize that using religion as a weapon to gain political power through terror is in itself blasphemous.

If Muslim countries are going to demand that the West pass blasphemy laws to rein in hate speech, films and cartoons that denigrate Islam, then those countries must apply the same standard to its own people. A government official offers a $100,000 bounty to kill a filmmaker for insulting the Prophet. However, when he fails to offer the same bounty for the killers of children, the Muslim community should ask itself why it tolerates the double standard let alone offering the despicable bounty in the first place.