The Trouble With Egypt: How To Explain To Children 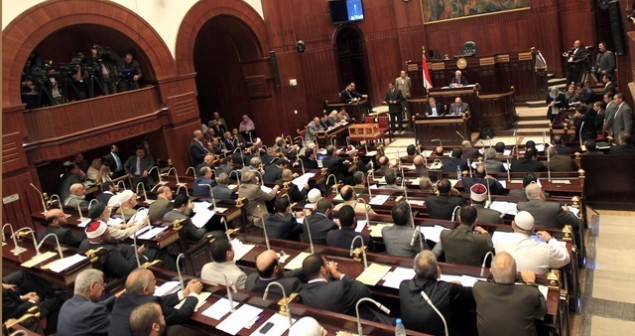 With daily debates over the proposed constitution in every Egyptian house, children cannot help but wonder, ask, and discuss. But how can a parent struggle out of the craziness of those who will say “yes” vs. those who will say “no” to explain to a child what the whole fuss is about?

Fatima Almaadoul, a children’s-book author and theater director, already handled these ideas in her Nabhan stories: Sultan Nabhan Asks for Alms (2004), Sultan Nabhan Disappears from Sondostan (2005), and again in The Sparrows’ Revolution (2012). Believing that particular political circumstances are temporary and transient, Fatima Almaadoul’s work shows that a writer should work on changing the child’s “way of thinking” in the long run.

Nabhan is a serious, compassionate patriarchal ruler figure, reminiscent of the early Gamal Abdel Nasser. His relation to the citizens of Sondostan is protective and supervisory. He is open-minded and flexible, a dream of a ruler. But though careful for the welfare of his people, Nabhan sometimes acts in a strange manner to assure that his people get what he believes they deserve/want/should have.

So, in Sultan Nabhan Asks for Alms he notices how citizens in his country have become self-centered and non-cooperative; thus he asks for their charity for the country because “the treasuries are empty.” Rather than asking for money, Nabhan asks each family to give one single object: the most valuable one in their lives. On determining that single valuable thing, serious family fights take place amongst the Sondostani people. At last, Nabhan picks a sincere child, a poor blind woman, and an aged professor who decide to give their grain, goat, and knowledge respectively. People learn that they must give the best of themselves to support their country.

Among the most beautiful pieces of Sultan Nabhan Asks for Alms is this part about the family fights:

Those days were the hardest of all Sondostani days. The disputes, family fights, shouting and arguments had become daily matters. Family members disagreed among themselves what to give away. But most of this took place in the houses of the rich. They had many things, valuable things. Giving those things away would make them sad.

As for the poor, the choice was easier and quicker. Who did not valuable things lost nothing , was sad over nothing.” ( 14-15)

In Sultan Nabhan Disappears from Sondostan, Nabhan disappears on purpose to force his people to think deeply about their roles towards their country and to give up on him as the first architect, first teacher, first judge. People are at a loss in the beginning, but eventually and after the riots and disagreements, they learn to express their views clearly and find the right representatives for themselves. They learn their constitutional rights.

In The Sparrows’ Revolution (2012), Almaadoul’s story of a parallel revolution amongst the birds of Tahrir Square, she is directly influenced by the Egyptian uprising and by the tremendous flow of new concepts and ideas that she felt were definitely perplexing children and their parents at the time of the Egyptian uprising 2011. So she wrote that story about a parallel uprising for the sparrows. From their comments and talks, readers get to know what it is to revolt, parliamentary representation, constitution and the difference between just uprising and riots.

“The sparrows have grown up and known their due rights. From now on, democracy is our way. Each sparrow should have a say in everything. Not one sparrow, young or old, should take decisions single-handedly.” (40)

Thus, the objective of Almaadoul is to work on the way of thinking not to teach children dogmatic ideas. Her political work does not fail to entertain while introducing important concepts to the children and their parents. I recommend those three stories for all the caring parents who are keen on satisfying their children’s growing interest in politics and who want honest and amusing answers to the current deadlock of the constitution. I also recommend them to all the stunned adults forgetting basic facts under the weight of the daily struggles.
Translations are my own.

Dr. Mona Elnamoury is a lecturer at the faculty of Arts, English Dept., Tanta University. She also teaches at the MSA in the faculty of Languages and Translation, and has translated Ursula LeGuin into Arabic. She also writes.