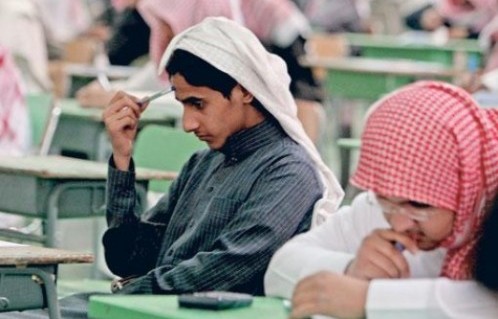 The takfir mindset – the tendency to name someone a non-Muslim or kafir because of disagreement over theological or other points – has been a serious issue for Saudi Arabia. It’s also been one of the fundamental issues with extremist interpretations of Islam. Although outsiders have been warning about this for years and the Saudi government has condemned it, it continues.

Arab News reports that a Saudi study has identified several sources of this mindset in Saudi Arabia. Among those sources are the pedagogic methodology of Saudi schools in which questions and disagreements with teachers or the text are punished; some teachers who prefer to advance their own views rather than the curriculum; and the curriculum itself.

MADINAH: A defective education strategy was a major factor in the spread of the “takfir” ideology among young Muslim men and women, according to two scholars who spoke at a seminar on the phenomenon in Madinah on Thursday.

On behalf of Custodian of the Two Holy Mosques King Abdullah, Second Deputy Premier and Minister of Interior Prince Naif opened the three-day Conference on the Phenomenon of Takfir (the practice of branding those who don’t agree with one’s beliefs as infidels) on Tuesday.

More than 150 scholars from Muslim countries discusses the causes and consequences of takfir and its remedies at the event organized by the Prince Naif International Prize for the Sunnah of the Prophet and Contemporary Islamic Studies.

Ahmad Hassan Al-Qawasima and Abdul Shafi Ali of Egypt said they found in a study that most students believed that unscientific education was the cause of takfir tendencies among youths. The two researchers said they surveyed more than 300 students at King Faisal University for the study.