The Salafist Question: Who Exactly Are They? 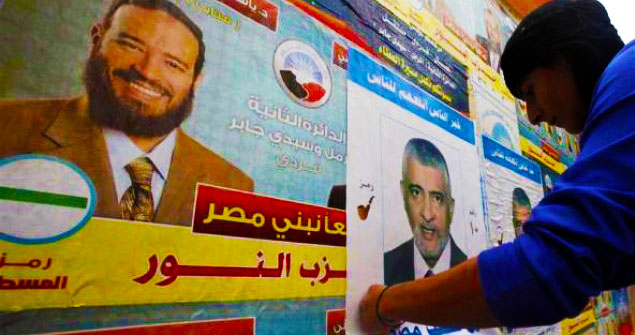 After their strong showing in the Egyptian elections, Salafis are a hot topic. But despite all the talk of Salafis, we still have a difficult time defining Salafism. Take Wendell Steavenson’s recent New Yorker piece, “Radicals Rising,” a portrait of Salafi politicians in Alexandria, Egypt.

Steavenson defines Salafism as “a strain of Islamic fundamentalism that emphasizes the original tenets and practices of the Prophet Muhammad and his companions.” Steavenson’s essay is worth reading—don’t get me wrong. But her definition doesn’t actually distinguish Salafis from most other Muslims.

Islam is rooted in the Qur’an and the Prophet Muhammad. This applies to Salafis (usually considered Sunni) as much as it does to Shi’a Muslims. For both, Muhammad embodies the Qur’an, and they in turn try to embody Muhammad.

Islam never developed any centralized or institutional authority to arbiter disputes, because no person could have Muhammad’s moral authority. This might also suggest why disagreements between Muslims can be so bitter: Muslims disagree about the same person (and interpretations of the same text)—and there is no institutional means to permanently settle disputes.

What Kinds of Salafis Can We Live With?

But the reason we talk about Egypt’s Salafis isn’t because we’re debating theology, at least not primarily—I don’t think we’re actually concerned with the specifics of Islamic thought. We’re more worried about what Salafism and Islamism generally means for our interests, values, and the Muslim world. At bottom, our concerns over Salafis are concerns over what they’ll do when they’re in power.

So we try to figure out where they fall in the continuum of what Columbia University’s Mahmood Mamdani has called the good Muslims and the bad Muslims. That way, we’ll know who to work with, and who to shun. Except it doesn’t work that way. The Muslim world challenges many of the easy assumptions we make about secularism, liberalism, and democracy.

Frequently, it was secular autocracy that limited democracy, access to education, and economic development. Religiously rooted forces in Turkey have been associated with an expansion of language rights and political freedom. Even Salafis escape easy characterization. America’s oldest Arab ally is Saudi Arabia, which implements and exports the type of Salafi Islam we’re so alarmed by. So what kinds of Salafis can we live with, and who would we prefer to live without?

Salafis in Egypt are hard to pin down, too. Does their conservative theology make them politically dangerous, or politically irrelevant? Today, we’d guess the former. But prior to January 25, 2011, leading Egyptian Salafis were against political participation.

None of this is to say we shouldn’t have real concerns. But we shouldn’t let our concerns push us into falsely reassuring categorizations. Our desire to parse the good Muslims from the bad Muslims means we start issuing value judgments about Islam—and our relationship to a democratizing Middle East will not advance if we’re trapped in religious identity politics.

Islam is a diverse, pluralistic faith, and religious debates between Muslims frequently go back to the Qur’an and Muhammad. This includes the many Muslims who espouse less politicized or even apolitical interpretations of Islam. Thus, to define Salafis as those who emphasize the Prophet Muhammad sounds, to Muslim ears, that Salafis alone are religiously legitimate—everyone else is somehow insincere, inadequate, or incompletely Muslim.

If we admit to the diversity of opinions in Islam, we might come to a meaningful and relevant political distinction between Muslims: those who accept the legitimacy of difference, and those who deny it.

Come to think of it, that distinction applies equally well to liberal and secular parties, especially in the Muslim world, where too often the great challenge of politics is the monopolization of power—the specifics of who, and for what reason, paling in comparison.

2 Responses to The Salafist Question: Who Exactly Are They?