The Positives of Being a Woman in Oman 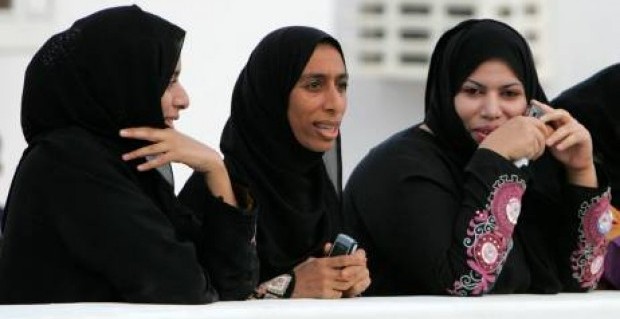 Last week the world observed International Women’s Day. Rallies, seminars, and parties were held around the globe to celebrate women’s achievements and to address their struggles. In Salalah, the occasion slipped by without much notice. I celebrated quietly at a barbecue under the full moon in the mountains of Dhofar with friends.

The past year has been an interesting one for women around the globe. Some countries took a step forward; others took ten steps backwards.

Arab women were publicly shaping their countries and fighting for democracy in places like Egypt, Tunisia and Libya during the Arab Spring. Many are still fighting to this very day in countries like Yemen, Bahrain and Syria. Furthermore, three remarkable women were awarded the Nobel Peace Prize in 2011.

On the other hand, just last week Afghanistan’s highest Islamic authority issued an edict saying that women were worth less than men – a statement released by Karzai’s office and then endorsed by the president.

“Men are fundamental and women are secondary,” it said, adding women should avoid “mingling with strange men in various social activities such as education, in offices and other aspects of life”. We are secondary now, are we? I’m glad Hamid Karzai is not my president!

His Majesty Sultan Qaboos bin Said has always been an avid supporter of women in Oman. We are truly blessed to have such an enlightened leader.

From the very first day he took over from his father in a bloodless coup over 40 years ago, he has been encouraging Omani women to empower themselves and become active members of society. In fact, in Oman we get to celebrate Omani Women’s Day on October 17 as well as International Women’s Day on March 8.

What’s it like being a woman in Oman? I get asked this question a lot. Foreigners with very little knowledge of Oman tend to think we live isolated lives like women in Saudi Arabia simply because we’re next door neighbours. They couldn’t be more wrong!

Oman has taken significant measures to ensure women’s rights in most areas. Women in Oman can work, drive, vote, own property and hold office. We also have equal opportunities when it comes to education.

When I was working on my undergraduate degree here in Oman, more than half of the students enrolled at my university were females. For a town as conservative as Salalah, this was quite something.

However, like most women around the world we have our share of struggles. Having two female ministers and a handful of ambassadors doesn’t mean all Omani women are empowered. Many forms of discrimination still exist against women in Oman.

Drive into any village or small town outside the capital and observe how the women live. There is a lot to be done. First and foremost, women in rural areas need to know what their rights are.

The main issue we face in places like Dhofar is society’s attitude towards women. The majorities of men down south disapprove of working women and prefer their women to be at home where no other male can see them. Naturally, the glass ceiling is also a big issue for working women in the public and private sectors.

There are also some aspects of the law that discriminate against women in Oman especially when it comes to marriage, divorce and inheritance. They aren’t major issues but they matter a lot. I will save that argument for my next column.

Today I am focusing on the positive and paying tribute to all the incredible women in Oman who have helped shape this country and who continue to prove themselves on a daily basis.

One Response to The Positives of Being a Woman in Oman