The People and Events That Mattered in 2012: My Choice 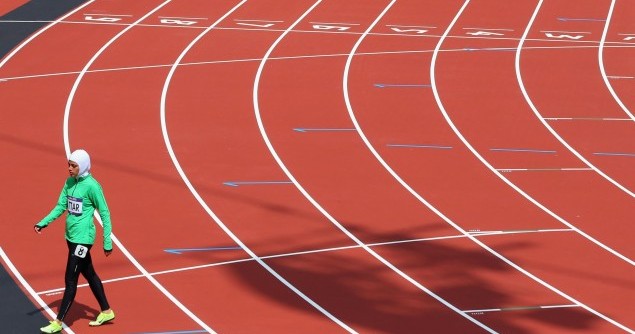 It’s that time of the year again. Rather than bore you with a litany of disappointment over the missed opportunities and troubles that have afflicted the Middle East in 2012, here are my awards for people and phenomena  – some positive, some less so – that have made me sit up and notice:

Politician of the Year: Mohammed Mursi , for his post-chaos power play in Egypt. He and his supporters have clearly studied the history of the communist takeovers in the aftermath of World War Two and applied the lessons in post-Mubarak Egypt – organisation, discipline and the creeping annexation of the levers of state.

Ruler of the Year: Prince Mohammed bin Naif – the first of the third generation of the Al-Saud to be elevated to a key ministry in the Saudi Government. Honourable mention to Crown Prince Salman of Bahrain. If anyone can break the political deadlock in his country, he can – if he’s given the chance.

Book of the Year: Hiroshima Nagasaki, a reminder to Israel and Iran of the collateral damage that will be inflicted on the region if their nuclear squabble reaches its ultimate conclusion.

Sporting Moment of the Year: Wojdan Shaherkani and Sarah Attar competing for Saudi Arabia in the Olympic Games. They gave new meaning to old adage that the Olympics is not about winning, but taking part. Tokenism in the eyes of some, but for me an encouraging sign that the Kingdom is finally starting to recognise that sport is not an exclusively male preserve. Special mention for Wojdan’s father, who resisted the hate mail that followed the announcement of her participation.

Antediluvian of the Year: The Saudi cleric, who, according to the Riyadh Bureau, is intending to pray that Adel Fakieh, the Saudi Minister of Labour, gets cancer if he refuses to reverse his policy of allowing women to work in retail. The gentleman concerned had more competitors for this award than is practical to mention here. I wish continued good health to the energetic and determined Mr Fakieh.

Expatriate of the Year: Robin Barrett, whose untiring efforts to build a Writer’s Circle in Bahrain brought together novelists, poets, non-fiction writers and wannabees of many nationalities. Robin not only developed a thriving community of writers, but created an anthology of their work inMy Beautiful Bahrain, which was published early this year. He has now left the country, and will be sorely missed.

Airline of the Year: Gulf Air, only because it may not be around in its current form this time next year if its financial troubles continue.

Journalist of the Year: Marie Colvin, killed in Syria. The war correspondent whose stories I would read before all others.

Cliché of the Year: “Thug”, closely followed by “activist”, “dialogue” and “external interference”.

Promising Newcomers: 60 bright Bahraini teenagers with whom I spent three weeks this summer. They put their elders to shame with their enthusiasm, energy and open-mindedness. Unfortunately I am unable to reveal their identity, but they know who they are.

I would have liked to have cited a Peacemaker, Humanitarian or Leader of the Year. Sadly, no obvious candidates come to mind. But 2013 is upon us, and I live in hope that some heroes emerge who value common humanity above money, power and self-interest – heroes because their actions and achievements match their words and intentions.

I wish everyone in the Middle East a happy and peaceful New Year.