The Palestinian Women Who Dared to Dream 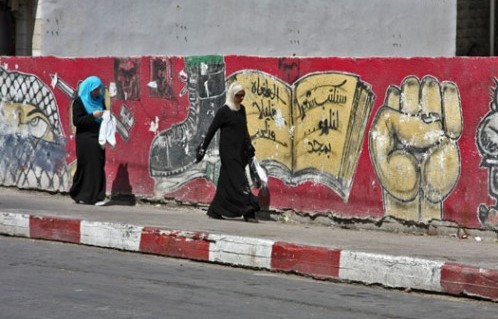 At the Women’s Society in Burqa, a Palestinian village of 6,000 residents 30 minutes northwest of Nablus, women greeted us with three kisses each – right cheek, left cheek and then right again. We were eight months into Women Supporting Women, a nine-month programme started by the Dalia Association to build women’s capacity to decide how to use community development resources and mobilise their own capacities.

The first few months of the project had gone smoothly. We developed relationships in each of the five villages we had selected to participate in this project and established our credibility by being sincere – a rare commodity in today’s opportunistic culture. In each place, women nominated themselves or were nominated by others to represent their village. We met several times with the 15 elected women leaders to discuss their ideas, capacities, assets and priorities.

But after the first few months, the women got stuck.

Every time our staff came back from the field, they reported, “There is no money. There is nothing we can do.”

But we kept going back to ask them: “What are your priorities? What do you want to make happen for your villages?”

The answer was always the same: “There’s nothing we can do.”

We kept going back.

After months of hearing, “There is nothing we can do”, we too were out of ideas. It seemed the project might fail.

According to our analysis, the problem was the post-Oslo “development industry” that undermines small-scale voluntary work and discourages use of local resources. So we divided the women into three small groups to select a project that we would fund through a small grant that would be matched by local resources which the women would fundraise.

But we kept going. We kept taking that nearly two-hour trip in taxis driven by suicidal drivers with fellow passengers who either blew smoke in our faces or fell asleep on us. We kept going past major intersections that led to important Palestinian cities, but were marked only with Hebrew signs identifying Israeli settlements. We passed through checkpoints with 20-year-old soldiers pointing automatic weapons at our heads.

We kept going because we believed in these women.

We found a planner from Nablus who passionately wanted to participate. In a brainstorming session, he challenged the women.

The women were uncomfortable at first. Then, as though a dam had broken, so did the women’s resistance.

“I want a swimming pool,” one of them called out, giggling and covering her mouth, embarrassed at sharing such a ridiculously impossible idea.

“I want an outdoor theatre,” said another, looking around to see if others were laughing. And the list went on:

Who knows what allowed these women to overcome the “there-is-nothing-we-can-do” mentality. Maybe they dared to dream because they figured their dreams were impossible to realise. You can’t build a park for $6,000! It was just a game – a game they played beautifully.

But when the planner and his team of volunteer architecture students returned with the first design of the park, the women were shocked.

The layout of the park was beautiful. It was a place where human beings could be human; where children could have fun and learn; where families could relax together; where important cultural events could take place. The women saw what they had created, and they hungered for it. They began to sing a new chorus, a chorus of “How can we make this happen?”

Soon, local supporters and volunteers were everywhere. The women realised that people wanted to give. It didn’t matter anymore how much money they had or didn’t have. What mattered is that they could get resources by networking strategically. Their energy multiplied exponentially.

Since then, the project has been held up by politics, but nobody is worried. The dreams that have been unleashed in five villages north of Nablus cannot be denied. Even if Dalia Association quit the project now (and we won’t), it would continue without us in some form or another.

The success of the park is not assured, but the success of the project is clear. Fifteen women supported one another to figure out how to do supposedly impossible things for themselves and their communities because they deserve it. That’s social change that cannot be reversed.

Nora Murad is an independent researcher and consultant living in East Jerusalem. She is a volunteer with the Dalia Association. This article has been posted on the 1001 Stories of Common Ground website and was a finalist in Positive Change in Action Competition. To learn more about the Dalia Association, visit www.Dalia.ps