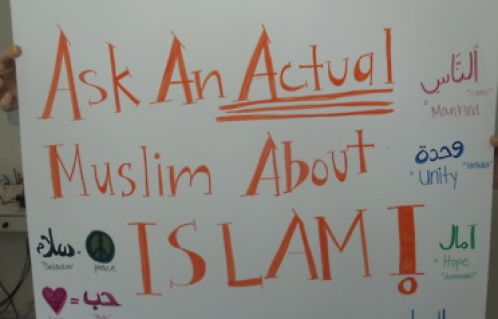 Retired Commodore of the Royal Saudi Navy Abdulateef Al-Mulhim has become my favorite commentator at Arab News. He brings a fresh and important point of view to the paper and I always find him worth reading.

Today, he notes – with a massive understatement – that Arabs have not been very good with public relations. More than simple failures to get a message across, PR efforts end up being counter productive, damaging relations further than if no effort had been made at all. Saudis are not immune to this weakness, though they’ve learned to do better since 9/11.

He writes to commend a new film on the history of Saudi Arabia, a film that simply tells the story without burdening it with ‘self-evident’ and self-important ‘facts’ that are not pertinent to the message being sent. The film, ‘Arabia’, appears to be an interesting one. Sadly, this PR step, meritorious as it may be, is self-limiting in its success: It’s an IMAX presentation. IMAX is a special film format that offers excellent visuals. But there are fewer than 600 IMAX theaters in the world. Unless and until the film is ‘down-converted’ to a more general format, not many people are going to be able to see it. Here, I think, the technology serves to trip up the message. Down-converting isn’t a difficult technological hurdle, but it really does need to be done if this film is to serve its purpose.

‘Arabia’ and the other side of Saudi Arabia
ABDULATEEF AL-MULHIM

In the Arab world, the science of public relations is not taken seriously.

And when something that has a negative effect on a country in the Arab world takes place, then you would only hear official versions of the event. The audiences in the West don’t like and don’t want to hear the official side of the story. The Arab world lost a lot of battles in the United Nations because we didn’t know how to talk to the outside world. There are many cases in which the Arab elite didn’t know how to talk to their own people. So, if their own people have no trust or no interest to listen to what the Arab elite would say, then would you expect the outside world to listen to them.

The Arab world always resorts to official statements issued by embassies. And there is no attention to what a simple Arab man or woman can do. For example, a lot of people didn’t know who this Yemeni woman (Tawakkul Karman) was, until she was recognized by the Nobel Peace Committee. Also, the Egyptian Nobel Prize winner Ahmed Zuwail was an unknown figure in Egypt, until the Americans and the Scandinavians told his countrymen and the whole Arab world about what a genius this man is. The Arab world fails to show its brighter side. The reason for that is we appoint people based on who they know, not what they know.

After Sept. 11, 2001, Saudi Arabia found itself caught in rough seas of international media. News around the world was all focused on us and we were not prepared for this amount of media attack. We, the Saudis lacked the official and private public relations. I am not talking about good public relations that make black white or vice versa. I am talking about things that can be explained. We saw Saudi Arabia pay millions of dollars to public relations companies. I knew from the start that they would do more damage than repair. Others will judge you based on what you do that will help others, not listening to what a media company would say about you. To the surprise of a lot of Saudis, it was the old American pioneers who worked in the Saudi oil fields with Saudi Aramco who did most of the successful public relations for us in the US. They showed the brighter side of Saudi Arabia. The expensive public relations companies couldn’t do it.

One Response to The Not-So-Slick Arab Public Relations Machine