The ‘Nice Jewish Girl’ Writing So Much About Islam 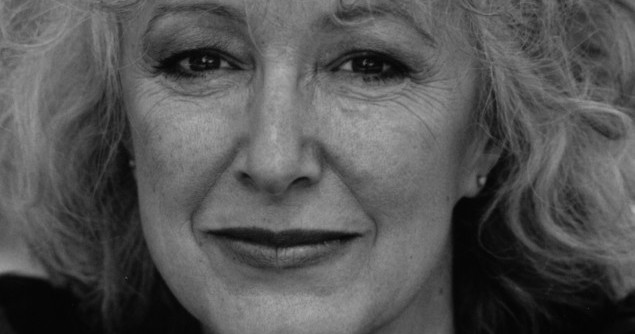 Lesley Hazleton is one of those fascinating oddities (for lack of a better word) that I would just love to sit down with to share a drawn-out dinner and a good bottle of wine. British and Jewish by birth, American and agnostic by choice, Ms. Hazleton is an author who writes fervently about religion.

But she is so much more than an author. Ms. Hazleton is a journalist who reported for many years from the Middle East, a trained psychologist who applies her professional insight to all her work, a blogger who writes as The Accidental Theologist, a passionate political junkie, an educator, lecturer, and artist, a car enthusiast, and an airplane pilot – who lives on a houseboat in Seattle. That houseboat sometimes, she asserts, noticeably sinks deeper into the cold waters of Lake Union from the heaviness of all her research books when she is in the throes of her latest research.

She is not easy to describe in simple terms. The author has described herself in her own introduction of her biographical book about Mary as “a Jew who once seriously considered becoming a rabbi, a former convent schoolgirl who daydreamed about being a nun, an agnostic with a deep sense of religious mystery though no affinity for organized religion.”

Her thirsty quest for answers has led her on an incredible journey exploring religions, politics, cultures, and history. She has read and studied the Quran, the Bible, and the Torah and has researched and written books about Muslims, Christians and Jews. “Her characters are figures who have been trapped, untouchable, in amber for decades by organized religion,”says writer Paul Constant of The Stranger, in his September 2011 Stranger Genius in Literature article about Ms. Hazleton for Seattle’s news, arts and entertainment newspaper.

One of Hazleton’s previous books about Islam, After the Prophet, explores the continuous epic conflict and bitter split between the Shia and Sunni. Another of her books, Mary: A Flesh and Blood Biography of the Virgin Mother, exemplifies Hazleton’s ability to vividly bring her subjects to life in a way that history books never could. In Hazleton’s book Jezebel: The Untold Story of Israel’s Harlot Queen, she manages to dispel the questionable accusations that gave this misunderstood historical figure, whose name is synonymous with evil, such a bad rap.

Says Hazleton, “The fact that few people do actually read the Quran is precisely why it’s so easy to quote, that is, to misquote phrases and snippets taken out of context in what I call the ‘highlighter version,’ which is the one favored by both Muslim fundamentalists and anti-Muslim Islamophobes.”

“Unfortunately many Muslim believers do not bother to think by themselves but leave it to others. Especially those young people who are brain washed and made to act as human bombs. Nothing could be more un-Islamic, starting with the fact that suicide is strongly forbidden in Islam,” she stresses.

Her latest book is called The First Muslim and is due out on store shelves on January 24th.  It is a biography about the life of the prophet Muhammad.

When asked what she found most surprising in her research for this book, she answered, “What struck me most was how much more remarkable Muhammad’s life was in reality than in legend.  I can’t claim that this was a surprise, however, because legend tends to flatten someone out into two dimensions.  Yes, even Muhammad.  I felt that if I accorded him the integrity of lived reality, with all its very human trials and dilemmas, then I could really appreciate not only what he achieved, but how.”

Regarding the common belief in the Muslim faith that Muhammad was illiterate, Ms. Hazleton says, “I don’t know for sure if he was illiterate.  The Quran was transmitted orally, and I don’t see what literacy or lack of literacy has to do with it.   As a well-traveled traders’ representative, it seems reasonable to think that he may have had some basic literacy skills, if only to keep records.  But the main point is that illiteracy — or rather, to use a less judgmental phrase, lack of literacy — was no barrier to knowledge in an oral culture.  In an oral culture such as that of seventh-century Arabia, words lived on the tongue and in the heart, not on the page.  The spoken word thus had more power than it generally does today.”

In an interview in Religion Dispatches Magazine for her new book,  Ms. Hazleton talked about her inspiration in writing the book:  “There was a terrific story to be told here: the journey from neglected orphan to acclaimed leader—from marginalized outsider to the ultimate insider—made all the more dramatic by the tension between idealism and pragmatism, faith, and politics.”

The First Muslim is an offering from Riverhead Books. Click here to read an excerpt of the book (the opening chapter).

Lesley Hazleton is scheduled to speak at Town Hall Seattle on January 24, 2013.   Future appearances include March 9 at Seattle University at the Search for Meaning book festival and on March 23 at Rutgers University at the Muslims for Peace conference.

To read additional articles about The First Muslim:

A book review by Tamam Kahn, herself an author on a book about Muhammad and his wives called Untold.

An interview in Religion Dispatches Magazine.