The Modern Way to Announce A Baby’s Arrival 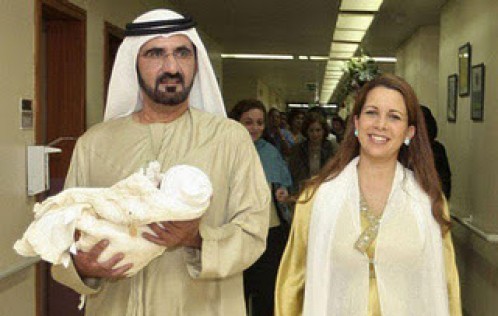 “Princess Haya and I were blessed with a baby boy… We named him ‘Zayed’,” is how HH Sheikh Mohammad Bin Rashid Al Maktoum, Vice-President and Prime Minister of the UAE and Ruler of Dubai welcomed the arrival of his second child with HRH Princess Haya Bint Al Hussein of Jordan on Sunday (January 7).

By Tuesday morning, the good news had been shared 1,407 times on Facebook, with 33,700 likes and 13,322 comments congratulating Sheikh Mohammad and Princess Haya.

Baby Sheikh Zayed is named after the founding father of the UAE, HH Sheikh Zayed Bin Sultan Al Nahyan (1918-2004), loved, respected and admired by the people of the Emirates and the international community.

I wish baby Zayed well. I will be teaching my little bird to sing his name. Congratulations to his parents, his sister, his family and citizens of the UAE.