The Men Who Are Taking on Egypt’s Harassers 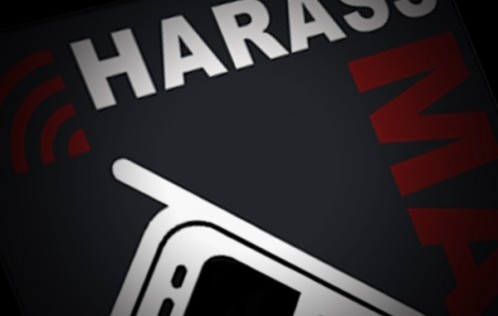 On 25 January, hope filled the air as Egyptian activists took to the streets in tens of thousands on the anniversary of the revolution, this time asking for a new president before a new constitution. Stories from the square were mostly of renewed optimism – but there were also a few stories of sexual harassment.
Many women have stood up to demand a change, and alongside them a few men, who are demonstrating the important role that they too must play in stopping such behaviour.

Sexual harassment at protests is not a popular topic in Egypt as activists fear that it will give ammunition to state media to tarnish their revolution, and English language newspapers who write about it are accused of sensationalism. But it happens, and Egyptian women are speaking up about it. In December 2010 some of them started HarassMap, a Google map used to collect and locate complaints as evidence.

Samira Ibrahim, a detained activist, made headlines recently when she won a groundbreaking suit against the military for performing a “virginity test” during her detention. Her victory showed those in denial about the problem that it is a reality.

Similarly, reporting incidents of harassment on a map shows people that these happen too.

But women’s efforts need to be accompanied by those of men so that when a girl shouts at an aggressor in a public space, men step forward alongside them to immediately condemn such actions.

Unfortunately, harassers are unlikely to value women’s opinions as much as their male peers’, so the latter must speak up in support of women.

Meet Wael, Mohammed and Ahmed, three young men who are making a difference, standing up for women – each in their own way.

In November, Wael al-Sana’aani, 26, was sitting in a tent just outside Tahrir Square in Cairo where he and fellow protesters were lobbying the Arab League on behalf of the Yemeni revolution. From this vantage point he saw a girl set upon by a group of young men. They had pushed her against the metal railing in the middle of the road in front of him. “I ran in like Rambo,” Wael told me a few days later, re-enacting the motions of scooping her up in his arms and rushing her back to the safety of the tent. He hid her behind some wooden boards and fought off the young men who came to claim the girl. “They said they were security officers, but I knew better,” he said. When a family finally drove past, he bundled her into the car and asked them to take her home.

But is a single heroic action enough? Egyptian Mohammed el-Hateeb, 24, thinks talking is just as important. In Cairo’s tourist market, Khan el-Khalili, he once caught a tout telling a tourist she was “hot and spicy”. “What you’re doing is wrong!’ he informed the young man.

“Who’s doing anything right nowadays?” was the man’s reply.

Mohammed is a community outreach volunteer with HarassMap, whose Arabic name, Imsik Mutaharrish, literally means “Catch a Harasser”. Fifty per cent of HarassMap volunteers are men. As one, he speaks to men who stand or sit in the street: doormen, vegetable sellers, men in coffee shops. He explains man-to-man that cat-calling and groping is not manly, and encourages them to intervene instead when a woman is harassed. This February, he will take part in training more young men to help him.

And then, there is Ahmed Awadalla, 27, who is an outspoken defender of human rights. When he lost his father at a young age, he and his four sisters were brought up by their mother and he saw how women face many more difficulties than men in their access to basic human rights like health and education. Today, he writes openly about gender issues, discrimination and human rights violations in English on his blog Rebel With a Cause, and is a programme director for an Egyptian non-governmental organisation focusing on reproductive and sexual health education. It is important to speak out about harassment, he says, and it is important for men to rally behind women’s rights because the country’s gender gap is impeding its development.