The Many Different Shades of ‘Muslim Feminism’ 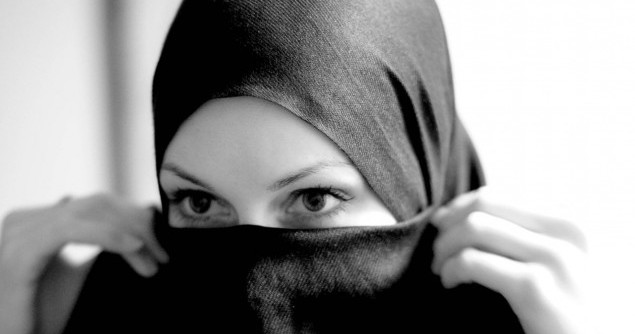 The term “Muslim feminist” may sound paradoxical to many as a result of the media’s tendency to portray Muslim women as victims. As a Latina who often feels excluded from mainstream feminist discourse, I became interested in Muslim feminists when I noticed they were also absent in popular women’s publications. To understand these unheard voices, I arranged interviews with a number of Muslim Americans last week and discovered that these women were far from being victims.

In reality, many Muslim women identify as feminists and are actively fighting for their rights. Within this group, one finds women who interpret this term in a number of different ways, and there are as many debates as one would find within mainstream American feminism.

“I see the justification [for feminism] in my faith. In the Qur’an it says that we’re all equal in the eyes of God,” says Fatemeh Fakhraie, founder of Muslimah Media Watch. “It means that the dignity of every person is important.”

Some women, though, feel ambivalent about the term “feminism” even while they may dedicate their lives to gender equality. Muslim American Mehrunisa Qayyum, founder of PITAPOLICY Consulting & Blog, doesn’t identify as a Muslim feminist, but doesn’t reject the term either. “Because I end up talking about issues that affect women, like rape as a war crime in Syria, for example, I get pigeonholed. But in defence of those who do identify themselves as Muslim feminists, I don’t think the two terms have any cognitive dissonance. For me, I think it’s actually a redundant term.”

Qayyum gives the example of the deep respect Prophet Muhammad had for his wives and the fact that his first wife Khadija was a successful businesswoman.

“If I’m going to be called a Muslim feminist, then it’s because of the construct of patriarchy,” Qayyum says. One of her main concerns is the issue of public space for women, both physical and intellectual, in community centres. In some mosques, for instance, women are unable to participate in the same capacity as men. “Just having a place that is clean, shared and protected is a big challenge,” she says.

For some Muslim women, feminism isn’t limited to Muslim-specific issues. Shaista Patel, for example, focuses on racism and indigenous rights. Patel identifies as an anti-racist Muslim feminist involved in indigenous activism in Canada. “My interpretation is more of a political category,” she says. According to Shaista, “There isn’t a monolithic understanding of Muslim feminism.” Patel, who is of Pakistani origin, teaches people in the Pakistani Canadian community about indigenous issues. “My job,” she says, “is educating myself about indigenous struggles and educating people who look like me.”

According to Patel, one of the most controversial issues among Muslim feminists today is the notion of native informants, which is how she describes women who become known as authorities on Muslim issues, such as so-called honour killings. She believes it’s dangerous when any individual is seen as an expert who can explain all Muslim issues to the rest of the world. “It’s poisonous and very damaging,” she notes, when one person is seen to speak on behalf of all Muslim women.

Safa Samiezade-Yazd, Arts, Culture, and Music Editor at Aslan Media, was raised Muslim, and though she is no longer religious, she identifies as a “cultural Muslim” and says a lot of feminism is written into the Qur’an. For her, “It’s a religion of dialogue, a religion of community.”

As these diverse women demonstrate, the term “Muslim feminism” challenges paradigms and encompasses a wide spectrum of views that no one woman, not even a Muslim woman, can define. It is worth remembering next time we, as media professionals, seek a female Muslim perspective, that what we are really doing is interviewing a dynamic individual.

I personally will be making an effort to seek out their insights and points of view when writing about women’s issues. We can all benefit from hearing their narratives to better understand the complexities and diversity of a woman’s experience in US culture.

Erika L. Sánchez is a poet and freelance writer living in Chicago. She is currently the sex and love advice columnist for Cosmopolitan for Latinas and a contributor to the Huffington Post, NBC Latino, and others