The Lessons of Mina: Addressing Our Demons 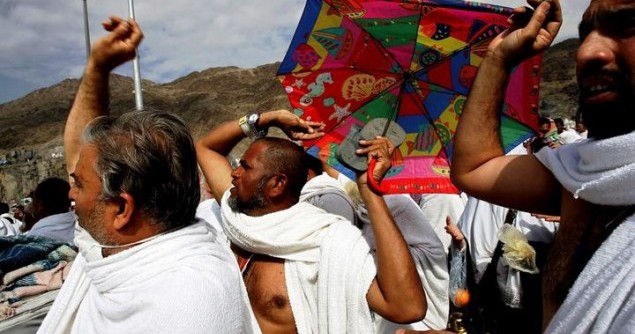 During the recent Haj, pilgrims sheltered in the vast tent city of Mina, having passed through the plains of Arafat. They go to Mina to throw pebbles at the Three Satans representing the purging of their inner demons. It’s an exorcism of the ghosts of the past that haunt all of us and from which we must be free to move forward and change our lives.

But the throwing of stones also has an external dimension. It is an act of protest, an annihilation of external devils, freeing the pilgrims to move forward and close the door on the past.

Despite the heterogeneity of the world’s global Muslim population, these Haj rituals bind them together, shared in both action and spirit, with esoteric as well as worldly meanings. What then, if anything, should pilgrims and Muslims around the world learn from the events in Mina?

Most obvious is the spiritual meaning of the rituals, the destruction of inner bad habits.

The long journey to Haj and its difficulties teach patience while keeping an eye on the long term goal. The slaughter of an animal for Eid represents the sacrifice of something dear to us. The completion of the Haj heralds renewal and rebirth. In this are lessons for Muslims and others alike.

But being the Earth’s most diverse Muslim gathering, this is also a moment to think about the protest, attack and communal movements that have electrified the Muslim world this year.

Protest across the Muslim world has been fiery, and unhappily it has been long lasting and violent.

It’s certainly been a year of drama. Drone attacks in Pakistan, the provocative film Innocence of Muslims and subsequent protests that spilt over into violence, the uprising in Syria, the persecution of the Rohingya Muslims, the continuing assault on Muslim women; the list goes on. The political and social temperature in Muslim countries is often hot.

The three columns at Mina offer advice: that rage should be properly focused, not a blur of uncontrolled emotion.

People do get carried away at Mina, and start hurling their pebbles and other objects into the crowd. One woman next to me got a pebble in her eye, others were trampled as pilgrims crowd-surfed to get closer to the columns. And this reminds me of the protests against the film ‘Innocence of Muslims’ which turned violent in some places. Successful protest, we learn at Mina, should be targeted and focused.

Sadly, the pebbles in Mina also remind me of the stones that children throw in Gaza. How else can they protest at those who persecute them? Paradoxically, their pebbles remind me of David’s only – and winning – weapon against Goliath.

But Mina has its moments of humour too. I remember impassioned pilgrims throwing anything to hand – mostly leather sandals.

But most memorable about Mina and the Haj itself is the sense of egalitarianism. Pilgrims wear the same white clothes, carry out the same rituals, experience the same journey; equality of intention, spirit, action and treatment.

For a Muslim world in turmoil, whether contending with external forces, internal disputes or addressing minority protection, this equality of justice and treatment is the most powerful lesson. After all, getting rid of the demons is only successful if the outcome is one of equality and justice.