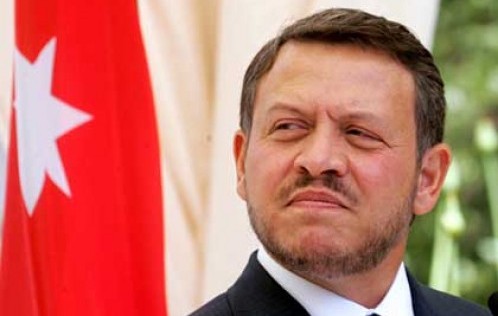 Lands registered in the HM King Abdullah’s name. It’s been an issue that is often talked about, just not in any documented fashion. Few in media want to touch a subject where the “King” and “public lands” are mentioned in the same breath, and so much of the public discourse has relied on fire breathing critics like Laith Shbeilat and the likes, to fan the flames. This also come on the heels of that infamous tribal letter that was issued last February at the advent of the Arab Awakening, whereby 36 tribal leaders essentially accused the King of giving public land to HM Queen Rania and her family.

So it was a rather predictable move by the Royal Hashemite Court to call a press conference a few days ago to essentially tell everyone that everything is ok, and that nothing fishy is going on. Reading the Petra news press release tells you everything you need to know about how the state is attempting to tackle this story. Another press release seems to have mistakenly found its way in to the Jordan Times editorial section (someone should contact them about that), but is also a good indication of what the state’s approach is. Upon reading the Petra piece, one gets the feeling that they’ve been had. That some sort of magic trick has just occurred and everyone in the audience is expected to nod their heads and go on.

According to the Royal Court Chief, Abu Karaki, this whole move to come forward and present information to the masses about these lands is an attempt to be “transparent” and “open”. Never mind that we are talking about land registrations that took place between 2000 and 2003, roughly eight years ago, but first of all, coming forward simply because people are talking about it isn’t being transparent; it’s being reactive. In fact, marketing this as an attempt at being transparent makes me wonder if the state has its own definition of transparency. The process is what needs to be transparent; presenting the people with “facts” eight years later because you can’t shake the story is closer to a confession than anything else.

What this demonstrates, if anything, is that nothing has changed in this domain.

The state still waits until stories build up steam, remains quiet, allows that steam to manifest in anger, frustration, accusations and even violence sometimes – and then coming out saying: “Here’s the real story. See! We’re being transparent!”. This formula is one we’ve seen happen over and over and over again. In 2008, we saw accusations building up regarding the sale of public lands for “private investments”, which in Jordan is a euphemism for “corruption”. The issue was left unaddressed until it spiraled out of hand and the King spoke up in an interview with Petra news to clear things up, specifically about rumors of the sale of Medical City lands. I would even argue that the 2008 case laid the groundwork for the present day, even those regarding Queen Rania’s brother, who has been accused of public land deals for over a year now. All of the stories refuse to go away, and the state’s response has not changed. I’m not sure why that is. There’s a possibility that they think this approach is a winning strategy.

As for the specific lands and why they were registered in the King’s name in the first place, well, that’s where it gets interesting. According to the Royal Court, a total of 4,827 dunums were all registered in His Majesty’s name during the 2000-2003 period only, with the vast majority of those lands being located outside Amman.

The only reason to register those lands in His Majesty’s name was to expedite and facilitate implementation of development and service programmes and projects in the regions where those lands are located, and was not intended in any manner for material or personal benefit, but rather for national developmental projects, Adaileh stressed. Concerned officials at the Royal Hashemite Court during that period proposed to register those Treasury lands under His Majesty’s name in order to speed up implementation of projects to improve the level of public services and directly benefit citizens in those areas

The reason given, nearly eight years later after the fact, will no doubt polarize opinions. There will be those who reject it outright and those that accept it completely, with the truth lying some where in the middle. The problem is, when you’re not being transparent from the start, it’s hard to convince people you were doing something for the public good nearly a decade later.

But regardless of what people choose to believe, in my opinion, the holy grail of this answer lies really in the fact that it was given as a valid answer at all. What this answer says to me is basically: there is usually a process whereby public lands are developed for the public benefit or used for investments, but because that process is either broken, slow, bureaucratic or what have you, the country’s treasury thought that things could get done quicker if they just registered the land in the King’s name. That’s essentially what this offered reason boils down to. The lands that belong to the public were registered in the King’s name in order to get things done; in order to bypass process. In order to cut through red tape and procedures. This is the reason they’re choosing to go with. That to me is far more important and interesting than whether one believes their offered reason or not. The fact that they offered it is a bold and public declaration of how the state thinks about transparency.

And thus, eight years later, in the name of “transparency and openness”, the public is informed that these lands were registered in the King’s name, in order to bypass the conventional system, in a manner that is far from transparent or open. The irony is self-evident.

I am positive that this will do little to quell or curb criticism, or those who have used this issue as a reason to hold a witch-hunt in search of corruption. But for me, the issue that is more important and more worthy of debate is that of transparency. Indeed, if there’s anything this entire ordeal has demonstrated it is the disconnect between the state’s definition of transparency, and the actual meaning; the actual manifestation. Transparency must be a mechanism that is immersed in the process, and that process must be law; it must be adhered to, not bypassed in the name of “getting things done”. If there’s something wrong with that process, the solution isn’t to go around it, and it isn’t to dodge transparency: the solution is to fix it. Transparency is not the act of offering people information nearly a decade after an event, motivated solely by the fact that it has become a lingering controversial issue. Transparency is a pillar that comes naturally with the process the state chooses to pursue, or doesn’t.

I am positive that there are those in the state who understand this completely. But, based on this case and others, we have yet to see any evidence of it.

One can only hope that some place, some where, a shift will happen.

One Response to “The King & Public Lands”: Taboo Issue in Jordan