The Insidious, Corrupting Nature of Wasta 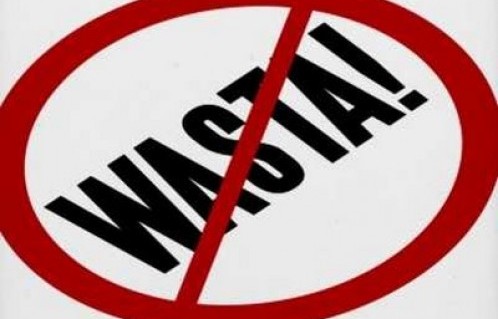 When I first heard the word Wasta in the context of a sentence I immediately knew what it meant. I was familiar with it because it was something people did no matter where you went—although there was a general understanding that there was something unfair about the concept, it had to be tolerated as a fact of life for an insider and an unchangeable dictum for those passing through. It is the rule of the rich; the few over the many—and in the case of Saudi Arabia, the smoking gun the Gulf Arab shoots himself in the foot with.

Its practitioners claim it to be a harmless indulgence; a tribal custom as common as the burqa or a white throbe. Of course one may notice as he makes the rounds with questions about the importance and necessity of Wasta that the only ones that speak most emphatically against its pervasive workings in Arab society are the ones who don’t have it. They complain it is unfair in the light of their dwarf ambitions or of a ubiquitous glass ceiling that keeps them and their kind out instead of rewarding the most deserving. I suspect that like most human beings, it is only bad when it is bad for them. After all, Wasta is helping your brother because he is your brother.

In the west, we call it nepotism; occasionally racism and cronyism –which started as a government practice during the Andrew Jackson administration—when US politics became about who you were and not who could get the job done. Sometimes it is about ‘this’ (special interest) and other times it’s about’ that’(special interest). Such are the workings of a blossoming democracy.

I discussed the matter with a Saudi lawyer, whom I had more than a casual acquaintance with and I was sure wouldn’t take offence

“It’s a good thing in my opinion” he said and added “as long as they didn’t break the law to do it.” One of the hardest working Saudis I knew, he defined it as just making sure someone got a little help when applying for a job. He did admit it caused some problems—even for him; although he avoided any specifics about what.

“Helping” he said meant putting in a good word. I am not quite sure how he got his job; but he certainly seemed to know his stuff and he had a gentility; a manner about him that was hard not to like. I had no doubt this was true of him. His idealism was refreshing.

He reminded me of an Emirati who I knew that once complained to me that no one respected his Abu Dhabi University degree. “Even Emiratis laughed at me,” he exclaimed visibly dismayed. At that time I tried to explain to him that all “the helping” he and his student buddies were doing so everyone could pass the test through the grade school and college made his sheep skin not worth the time it took to print it (In other words, your foot bleeding). Everyone passes and no one fails. It could be the reason why national doctors get such a bad rap.

I would have been a little more impressed with his outrage and indignation if he hadn’t just been hired by my company as a vice president without any experience in the field. Arabs pride themselves on their shrewdness so I’m sure this got through to him on some level though holding up the mirror of truth cost me my contract renewal that year I think.

My lawyer friend and I agreed that there was a link between Wasta and the lack of oversight in official circles. Procedures that are clear and easily comprehended are not big friends of Wasta. The infamous and perpetual haze of Gulf bureaucracies that varies requirements from one clerk to another in the same company or agency; keeps everyone unsure whether to bring copies or get some paper stamped, works best when no one is sure how things work.

It also works extremely well when the internal affairs of a nation are inconsequential to the day to day workings of the world.